Twitter Suspends Critics of Yovanovitch After BuzzFeed Labels Them ‘Bots’

Twitter appears to be doing all it can to protect those participating in the impeachment inquiry from public criticism.

Liberal news outlet BuzzFeed noted that the phrase “I hired Donald Trump to fire people like Yovanovitch” was trending on the morning of Nov. 15. Almost immediately, the outlet decided that the trend “spread at a rate consistent with the coordinated inauthentic behavior expected from a network of bots or sock puppet accounts.” The tweets, which were put out as former U.S. ambassador to Ukraine Marie Yovanovitch testified in the House Intelligence Committee impeachment inquiry, were put out by verified accounts and unverified accounts alike. Even Donald Trump Jr. put out a similar tweet. 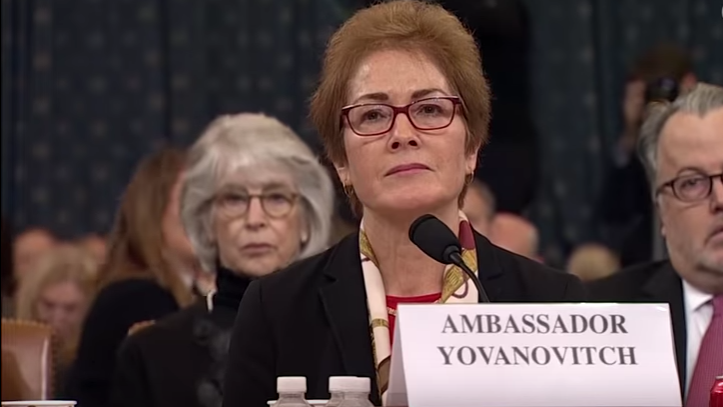 But to BuzzFeed, the idea that real users would be dissatisfied with Yovanovitch was too suspicious. The outlet wrote, “Separating bot activity from genuine virality--particularly among pro-Trump social media users, who often operate in ways that look like bots--is difficult.”

BuzzFeed cited the Oxford Internet Institute’s Computational Propaganda project to help define bot activity. The only issue with that source? It has repeatedly misidentified conservative news outlets as “junk news.” Sites like the Drudge Report, NewsBusters, CNSNews.com, MRCTV, Breitbart, the Daily Caller, Free Beacon, LifeNews, National Review, The Federalist, and the Red State were targeted. (Three of those are operated by the Media Research Center, which runs NewsBusters.)

Nevertheless, BuzzFeed alerted Twitter to what it believed to be bot activity. “Later in the day, several accounts in BuzzFeedNews’ data set were suspended,” the site found. However, Twitter informed BuzzFeed that “it’s initial investigations had not found evidence of bot activity amplifying the phrase.”

A Twitter insider told Fox News that the tweet activity “was driven by organic, authentic conversation.” Yet, somehow, some of the accounts tweeting the phrase “I hired Donald Trump to fire people like Yovanovitch” were reportedly suspended.

The author of the BuzzFeed piece, Ryan Broderick, tweeted, “TL;DR pro-Trump Twitter users cannot seem to tell when they are being amplified by bots or sock puppets, nor do they seem to care.”