The Democratic candidates running for the nomination in 2020 are ready to impeach President Trump. It starts with his Twitter account.

On Anderson Cooper 360 on CNN, Senator and Democratic candidate Kamala Harris (D-CA) told host Anderson Cooper that President Trump should be “suspended” from Twitter. She said that because of his tweets directed towards the whistleblower, combined with his tweets from the past, “the privilege of using those words in that way should probably be taken from him.” 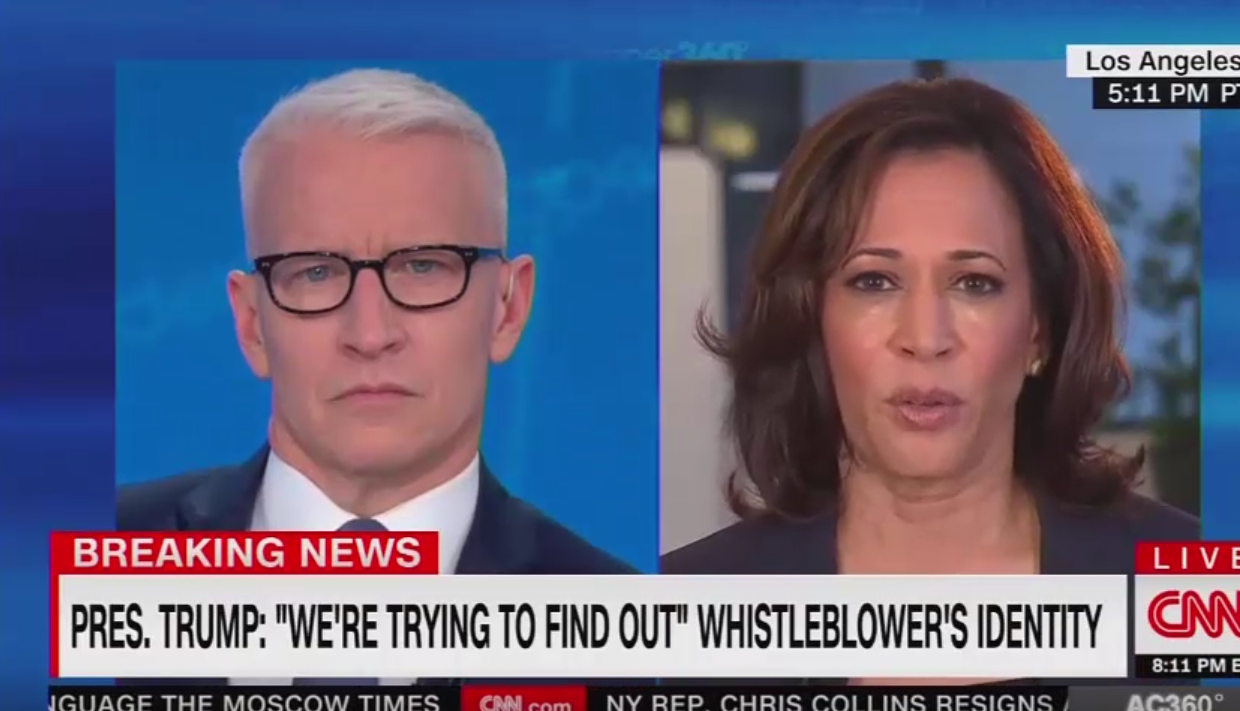 Harris decided that there was “plenty of evidence to suggest that he is irresponsible with his words in a way that could result in harm to other people.”

When Cooper asked if this move could be construed as Silicon Valley elitists taking control of politics, Harris answered that her point was not censorship, but rather “we want to make sure that his words do not actually result in harm to anyone.”

She expected President Trump to practice what she called “self-restraint” when it came to tweeting. And if he did not, Harris said “Perhaps there should be other mechanisms in place to make sure that his words do not, in fact, harm anyone.”

Harris didn’t stop there. She had another message to impart: “We have to also agree that the president of the United States speaks, her words are very powerful, and should be used in a way that is not about belittling, much less harming anyone.”

Taking the stand on censorship was profitable for Harris. Her press secretary Ian Sams tweeted, “Tonight’s 8pm hour, when Kamala appeared on Anderson Cooper, was our best fundraising hour of the month. Today was our biggest fundraising day of the quarter.”

Silicon Valley is also poised to put more money in Harris’ campaign. According to Vox, at least three fundraising events are scheduled for Harris in the area.