Twitter is now acting like a dictatorship that allows itself to meddle in political campaigns and ban conservatives for exposing the violent left.

So it should come as no surprise that the official campaign Twitter account for Senator Mitch McConnell  (R-KY) was suspended for sharing a video of the violent threats being made against the senator. Multiple people on Twitter were also suspended for sharing that video, including the Daily Wire’s Ryan Saavedra. 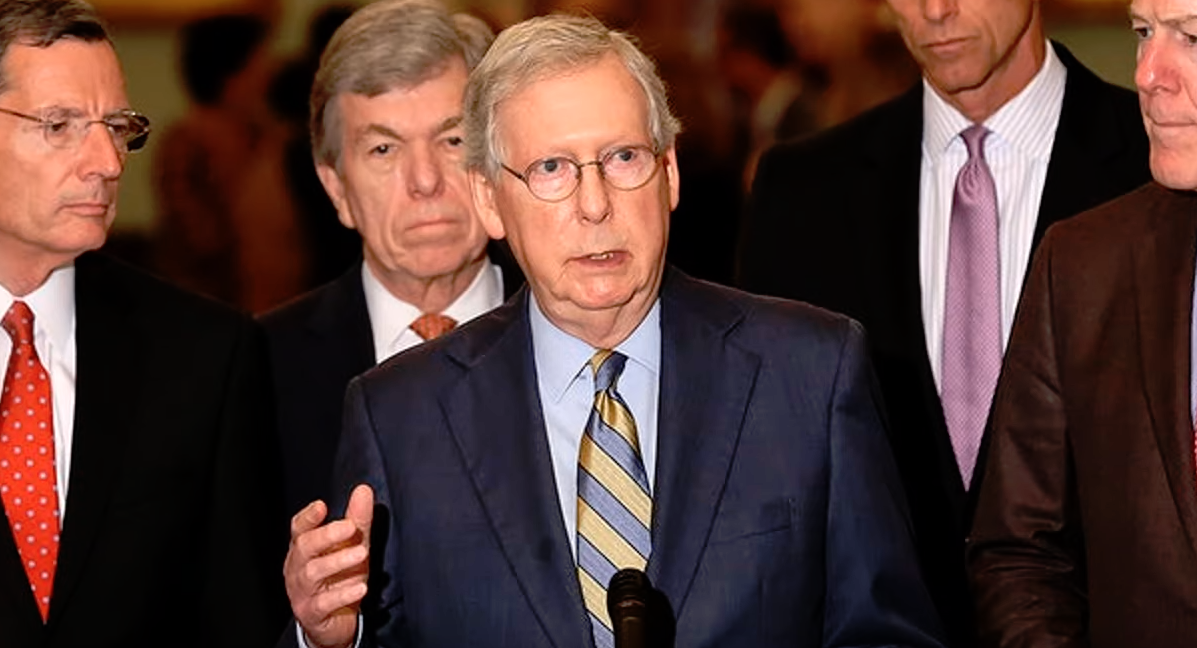 The video detailed the threats from a mob that “stormed Senator McConnell’s Louisville home screaming obscenities.” One protester wanted someone to “just stab the motherfucker in the heart.”

Team Mitch was asked to remove the video immediately in order to restore the account. A Twitter spokesperson told Breitbart “that the platform does not allow the sharing of violent threats on the platform regardless of context.” If that is the case, then why is former CNN contributor Reza Aslan allowed to call for Kellyanne Conway to be “eradicated” without retribution?

Saavedra tweeted on August 7 that he was suspended for sharing the video, which Twitter allegedly wanted removed “for McConnell’s safety.” However, the account with McConnell’s name on it was also suspended for the same video. Saavedra noted that “there are multiple tweets on this platform that list where he lives.” He also tweeted, “Do not be surprised if [Twitter] permanently bans me.”

Even though Saavedra was tweeting in a journalistic capacity, Twitter was not interested in looking at leftist threats towards elected officials as “news.” Rather, this was something to be covered up. Twitter CEO Jack Dorsey once tweeted, “Journalists … serve the public conversation best.” Unless it’s about news the left doesn’t like.

Of course, Dorsey also commented in another interview that Twitter “can’t afford to be neutral.”

Twitter did not seem to care too much about the personal safety of Senator McConnell. #MassacreMitch, a hashtag that came out of the mob’s video, was allowed to trend on Twitter for three days, according to Newsweek. In addition, the activist who recorded the video and made at least some of the threatening remarks toward McConnell is still allowed on the platform, despite her dangerous behavior.

This suspension is not unprecedented. Twitter has interfered with official political campaigns on the right before. When Senator Marsha Blackburn (R-TN) announced her bid for office in a video posted to Twitter, that video was taken down almost immediately. Libertarian Austin Petersen tried to run against former Senator Claire McCaskill (D-MO) and was suspended from Twitter at least three times during his campaign.