Reddit CEO on The Donald Subgroup: ‘This Is Not What We Want Users Seeing’

The front page of the internet might be getting ready to backpage supporters of President Trump.

In a podcast interview with Vox’s Kara Swisher, Reddit CEO Steve Huffman went into great detail about how to silence conservatives on the popular site. He explained what a quarantine was, why conservative subreddit The_Donald was quarantined on June 26, and why Reddit could ban subreddits. 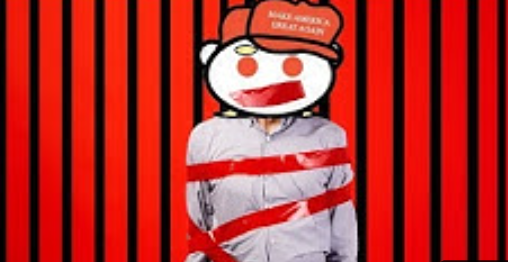 While Huffman constantly referred to policing speech on the internet as “problematic,” he had no problem admitting that Reddit “does make decisions on that level.” When Swisher asked about the quarantine of The_Donald, he stated that a community couldn’t use it’s political beliefs “as a shield to behave dangerously.”

Huffman stated that he knew “we didn’t create Reddit. Our users created Reddit.” However, he didn’t seem to have any respect for the portion of those users that supported President Trump. In describing The_Donald, he said “They are self-described as a never-ending rally for the President, which I think is important in this context, if we just consider the behavior of people at those rallies.”

He made sure that listeners knew what the far left viewed The_Donald as, saying “ If you ask the far left, that’s where Nazis are born and bred. I think a little bit closer to reality is that their ethos is less in hate and more in pissing off liberals. Which is annoying, and they’re really good at it, and is not against our content policy.”

Or is it? Huffman alluded to the original offenses that put The_Donald under quarantine (users threatened violence against police officers in Oregon), but said, “If they don’t get a hold of this, its problematic for us and for our community and I think for our country, and so that can go all the way to a ban.” He said that the community hadn’t changed since the quarantine, claiming a YouTube video that represented the “Send Her Back” chant was “stickied” to the top of the subreddit. In his words, “I haven’t seen a change yet.”

Eventually, that quarantine could blossom into a ban, said Huffman. When Swisher mentioned transparency, Huffman argued that some of Reddit’s policies were vague for a reason. He stated, “Our policies deliberately leave a little wiggle room. I think that room for interpretation is important. We have to adapt with the changing situation.”