Note: Language may offend some readers.

The liberal narrative is that President Donald Trump cannot accomplish anything in office.

So when Twitter CEO Jack Dorsey met with Trump April 23, the general consensus from the media and various tech officials was that “we are even more fucked then we were the day before,” in the words of journalist James Kosur. The founder of the Hill Reporter tweeted that Trump met with Dorsey “to bitch about his Twitter follower count.” 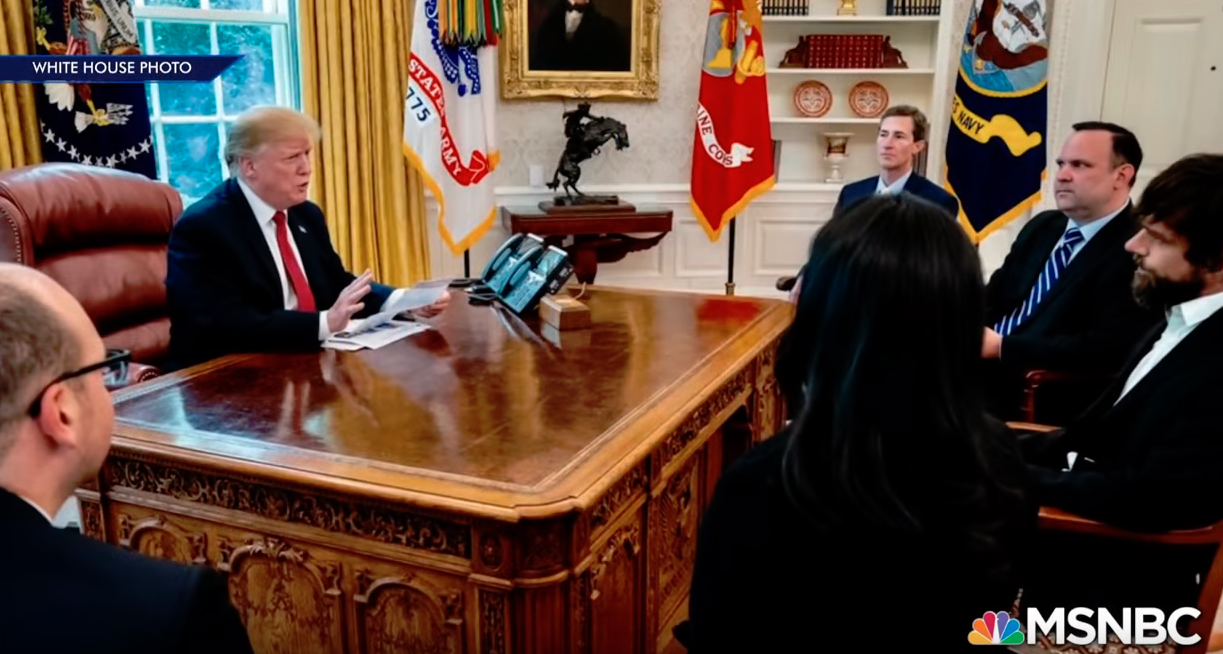 While Trump did mention his Twitter followers to Dorsey, it was not the highlight of the meeting. But the liberal media were ready to believe that it was the only topic at the meeting. MSNBC Legal Analyst Mimi Rocah added, “How about Trump resigns if we all agree to follow him on twitter? He cares more about that than the presidency.”

Twitter released a statement summarizing the meeting covering both the election and the opioid crisis. The meeting, initiated by the president, focused on “protecting the health of the public conversation ahead of the 2020 U.S. elections and efforts underway to respond to the opioid crisis,” according to The Washington Post.

But liberal reactions on Twitter harped only on Trump losing his Twitter account or the favorite reference to his “mental illness.” Youth minister and verified Twitter account Dan O’Sullivan tweeted that the image of “Dorsey thinking about how to broach the topic of improving our national discourse online with the mentally ill president whose whole reason for calling the meeting was surely to ask if James Woods is being censored by the Illuminati” was amusing to him.

Comedian Sarah Cooper tweeted that she would have preferred if “Jack Dorsey just went rogue and deleted Trump’s account. Donald would *lose* *his* *mind*.”

Big figures in tech strongly opposed the meeting. Co-founder of MySpace, Jason Hirschhorn, tweeted that his problem was that anyone would believe that “the monster cares, understands, or will listen reason anywhere past a meeting. WILL. NOT. HAPPEN.” Apple designer Mike Rundle tweeted, “I think @jack forgot to tell Trump not to use Twitter to incite World War 3. Must’ve slipped his mind.”

Vulture writer Kenny Herzog quipped that he was “fairly confident there has never been two people in a room together who’ve collectively made more Americans miserable than Jack Dorsey and Donald Trump.”

Dr. Eugene Gu, the fetal tissue scientist who was blocked by Trump (and then sued him), tweeted that Trump cared more about “fake Twitter followers” than “real Americans in Puerto Rico.”