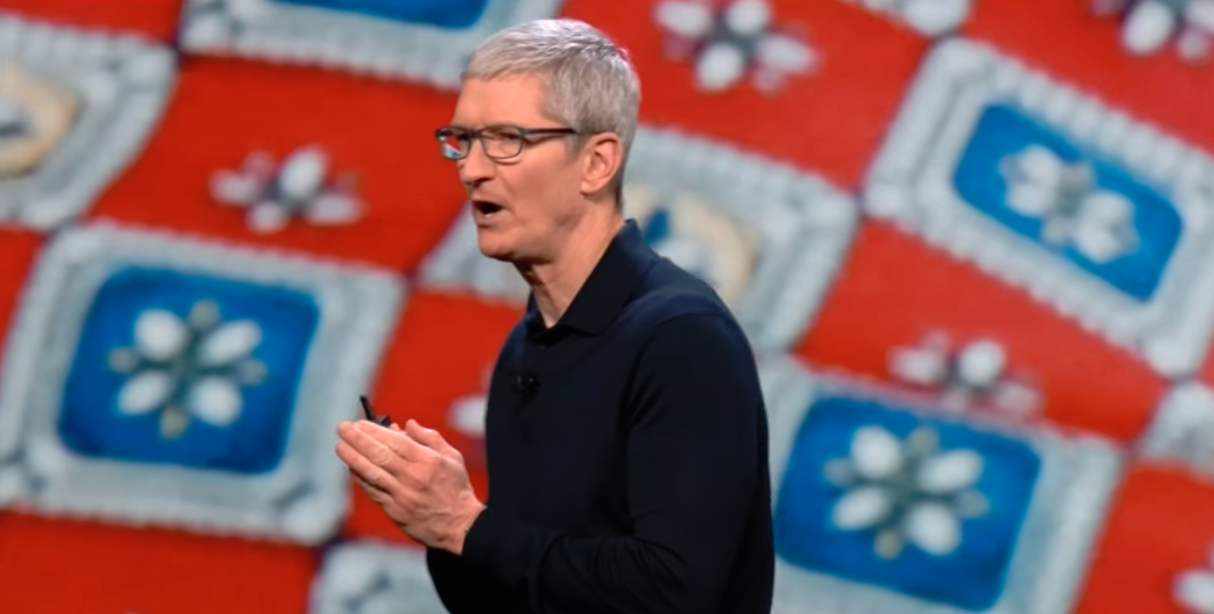 Hate speech is the rallying cry of the left. And woe to any conservative who falls afoul of hate speech rules online.

At an Anti-Defamation League event on December 3, Apple CEO Tim Cook extolled the thought-policing standards of Apple and told the audience that anything resembling “division, hatred, or violence,” was not welcome on Apple platforms. Cook was awarded the ADL’s first “Courage Against Hate Award.” In his acceptance speech, Cook said, “We only have one message for those who seek to push hate, division, and violence. You have no place on our platforms. You have no home here.”

His acceptance speech began with a strong advocacy for the LGBTQ community, since, after all, Cook is a member of that community. He said, “It moves us to speak up for the LGBTQ community, for those whose differences can make them a target for violence and scorn. We do so not only because these unique and uncommon perspectives can open our eyes to new ways of thinking, but because our own dignity moves us to see the dignity in others.”

Cook also spoke about immigration, saying, “Do not be indifferent. This mandate moves us to speak up for immigrants and for those who seek opportunity in the United States.”

But what about opposing views? Cook argued that tech “had no time to get tied up in knots.” He admitted that Apple wants only one “clear point of view on this challenge.” He spoke about banning “music of white supremacy” and “violent conspiracy theorists,” referencing Apple’s ban of noted conspiracy theorist Alex Jones.

Is Apple biased? Does Apple censor content that doesn’t fall in line with leftist groupthink? Absolutely. Cook explained, “At Apple, we are not afraid to say that our values drive our curation decisions. And why should we be?”

ADL CEO Jonathan Greenblatt praised Apple, saying, “Apple was the first company to remove Alex Jones’ hateful anti-government conspiratorial rants from their platform, and other tech companies, as we know, followed their lead.”