Censoring political opinions as “hate speech” has made its way to Instagram.

Mimi Hecht, a business owner on Instagram, posted several statements on her Instagram story after the Tree of Life synagogue shooting in Pennsylvania. She wrote to her 44K followers about the mainstream media’s opinion of Israel, and criticized Women’s March founder Linda Sarsour for her outlook on Israel and Palestine. Instagram then notified her that her posts had been taken down because “it doesn’t follow our Community Guidelines on hate speech or symbols.”

Instagram informed her that her account “may be restricted or disabled” if she violated the guidelines again. Further down in the notification, Instagram wrote that “We remove posts with captions that encourage violence or attack anyone based on who they are. We remove specific threats of physical harm, theft, or vandalism.”

On her Instagram, Mimumaxi wrote, “There are so few of us speaking up for Israel — and for the Jewish people in times of both joy and pain. I need to be one of those people. We cannot be silenced. If enough people bring light to this, it may help.” 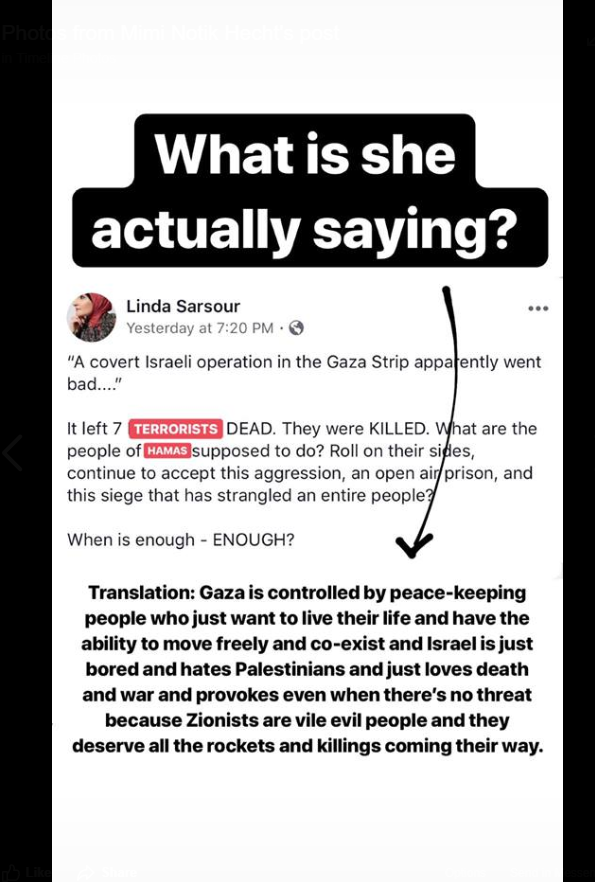 The initial posts that were censored were text posts that read, “If you read about Israel in mainstream media, and are forming your opinions that way, and you see these terrorists as “fighters,” and you say “well Gaza is responding,” then you’re essentially victim to the terrorist agenda to paint Israel as an aggressor and stripping Israel of its right to defend its country, and you need to hear the TRUTH that this a war on JEWS (not occupiers or aggressors.)” 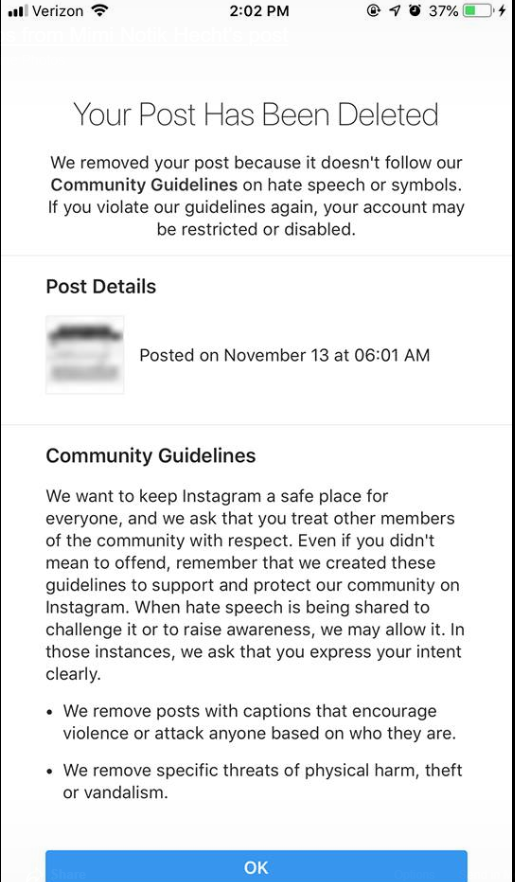 Another post criticized Linda Sarsour, with a screenshot of her defense of Palestine. The post read: “What is [Sarsour] actually saying? Gaza is controlled by peace-keeping people who just want to live their life and have the ability to move freely and co-exist and Israel is just bored and hates Palestinians and just loves death and war and provokes even when there’s no threat because Zionists are vile evil people and they deserve all the rockets and killings coming their way.”