President Donald Trump took on the social media outlet that he dominates, slamming Twitter Friday. His regular tweeting has been a huge boost to the site, but he accused it of removing followers and limiting the growth of his account.

On October 26, Trump tweeted, “Twitter has removed many people from my account and, more importantly, they have seemingly done something that makes it much harder to join - they have stifled growth to a point where it is obvious to all. A few weeks ago it was a Rocket Ship, now it is a Blimp! Total Bias?” 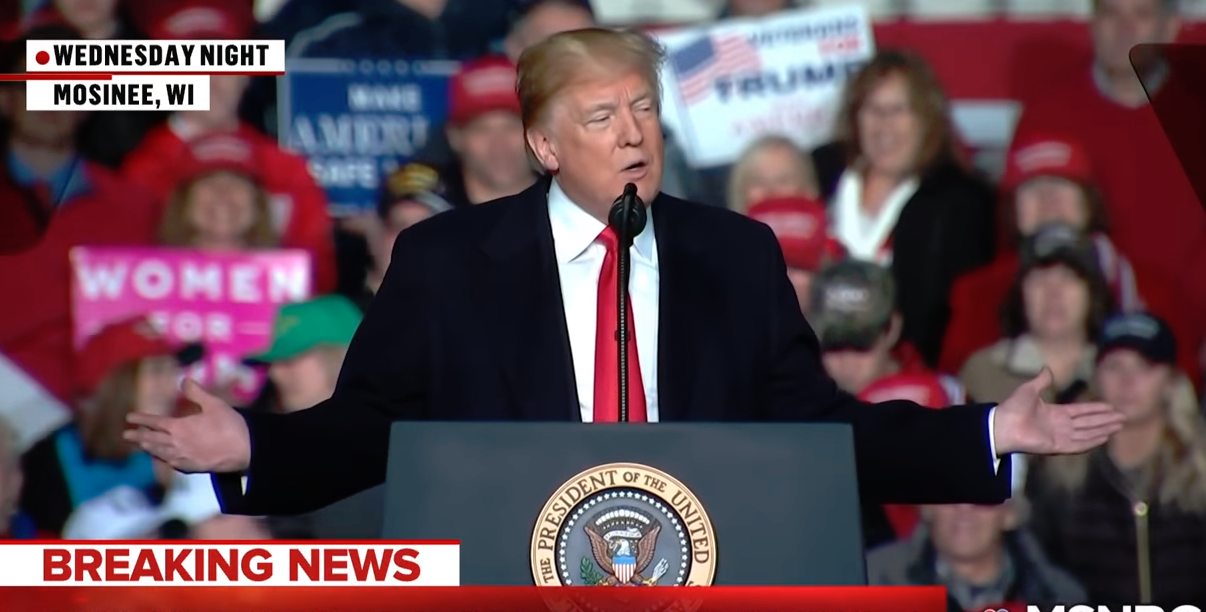 Former Arkansas Gov. Mike Huckabee tweeted that he was having similar problems, saying: “Same thing has happened to my account. It is NOT accidental or honest on Twitter’s part.  They are intentionally throttling voices that are not in liberal lockstep. Time for Congress to investigate!”

Twitter has been heavily criticized for bias against the right. It was the subject of a hearing held by the Energy and Commerce Committee in Congress on September 5. CEO Jack Dorsey denied any bias towards conservatives, and further denied any planned censorship of conservatives on his platform.

Twitter has banned, suspended, and removed many conservative or pro-Trump users’ accounts in the past six months. It did all this while allowing anti-Semitic statements from the Nation of Islam leader Rev. Louis Farrakhan and promoted tweets about female genital mutilation to remain.

Conspiracy theorist Alex Jones was completely removed from Twitter, as were several other Infowars accounts. But conservatives like actor James Woods, Benghazi hero Kris Paranto, libertarian candidate Austin Petersen, and pundit GayPatriot have all been suspended (or in GayPatriot’s case, banned) from Twitter.

On October 25, Twitter announced  it lost 9 million users in the past quarter. This was 4 million more than expected, according to the firm.  The user drop, apparently, was due to the company “clamping down on accounts that disseminate spam or use automated bots to try to target legitimate users.” While Twitter apparently has 326 million active users, according to Fortune, 9 million is about 2 percent of Twitter’s base.

Twitter responded on Friday, October 26, "Our focus is on the health of the service, and that includes work to remove fake accounts to prevent malicious behavior. Many prominent accounts have seen follower counts drop, but the result is higher confidence that the followers they have are real, engaged people."