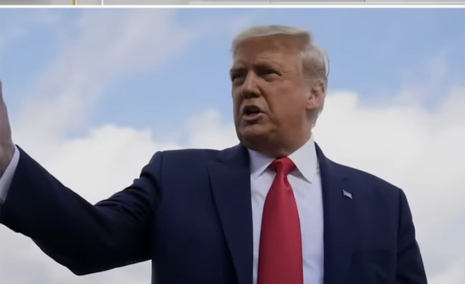 Bestselling author and PJ Media columnist Matt Margolis wrote an article for PJ Media titled, “Is This Proof the Mar-a-Lago Raid Was a Fishing Expedition?” In the article, Margolis pointed to comments from Trump’s lawyers and a Fox News report suggesting that the “revelations that the FBI took boxes of privileged documents supports the theory that the raid was a pretext” to search for other information to undermine Trump’s defense about the events of Jan. 6, rather than truly to seize “classified” documents.

The FBI raided Trump’s Mar-a-Lago home on August 8, sparking concerns from conservatives across the country.

Twitter apparently objected to Margolis’s speculative critique of the FBI, however, because the platform restricted the tweeted article link. “Warning: this link may be unsafe” or “potentially spammy,” read the Twitter warning that came up after clicking the link.

Hayden’s tweet potentially violates Twitter’s Violent threats policy, which states, “You may not threaten violence against an individual or a group of people. We also prohibit the glorification of violence.”

In the article Twitter restricted, Margolis quoted Trump’s comment about the documentation the FBI claimed were pretext for the raid: “They could have had it anytime they wanted—and that includes LONG ago. ALL THEY HAD TO DO WAS ASK.”

“I don’t think they’re that interested in classified information or the Presidential Records Act,” PJ Media quoted Andrew C. McCarthy, a former assistant attorney for the Southern District of New York. “They’re looking for evidence to try to make a case on Trump for Jan. 6.”

Some of the documents seized by the FBI were covered by “attorney-client privilege,” and some potentially by executive privilege, Margolis wrote.

Twitter has a history of favoring the leftist narrative on its platform, often targeting conservatives and other free thinkers online for censorship.