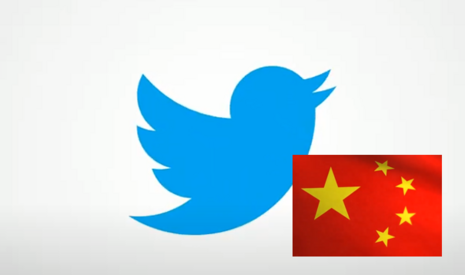 “If US fighter jets escort Pelosi’s plane into Taiwan, it is invasion,” Hu Xijin, a commentator for the Chinese Communist Party’s Global Times, tweeted Friday. “The PLA [People’s Liberation Army] has the right to forcibly dispel Pelosi’s plane and the US fighter jets, including firing warning shots and making tactical movement of obstruction. If ineffective, then shoot them down.”

Global Times had already tweeted a threat of “the use of military force” against the U.S. yesterday, and today Hu seemingly escalated the hostility with a threat against the U.S. generally and House Speaker Nancy Pelosi (D-CA) specifically.

Hu was commenting on a CNN Breaking News alert tweet, which said: “House Speaker Nancy Pelosi plans to depart for a tour of Asia today, though whether she'll make a high-stakes stop in Taiwan remains uncertain.”

The tweet appears to violate Twitter’s Violent threats policy, which states, “You may not threaten violence against an individual or a group of people.”

Global Times has a history of tweeting out violent threats. The outlet previously threatened in 2021 to make “cannon fodder” of Taiwan and Australia, and to “wipe them out,” referring to any U.S. troops attempting to defend Taiwan. Both threats remain uncensored on Twitter.

Both the Global Times’s threat of “military” action against the U.S. and Hu’s threat remain uncensored on Twitter as of the publication of this article.

Conservatives are under attack. Contact your representatives and demand Big Tech be held to account to mirror the First Amendment and provide transparency. If you have been censored, contact us at the Media Research Center contact form, and help us hold Big Tech accountable.