The Heritage Foundation’s Oversight Project is suing the Biden administration for documents about the Department of Homeland Security’s (DHS) contract with a data mining company. 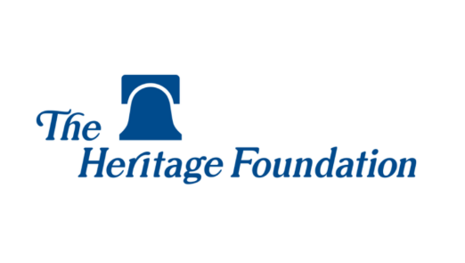 Heritage’s Oversight Project just filed a lawsuit for documentation regarding DHS’s contract with the Reston, Va.-based surveillance and data-mining company Babel Street. Babel Street calls itself, “The World’s Leading AI-Enabled Data-to-Knowledge Company.” DHS has a contract for the “Babel X” product, which “scrapes,” or retrieves and copies, data from online sources and “apps,” as Heritage said in a press release.

Government agencies can aggregate and search the data, collected from billions of individuals around the world, Heritage said. Heritage is scrutinizing the DHS contract with Babel Street after the DHS attempted to establish an Orwellian “Disinformation Governance Board” (DHS) to surveil Americans.

Babel Street’s website says, “Babel X® is an AI-enabled, multilingual, knowledge discovery and transformation platform empowering teams to accelerate the speed of insight, unbound by origin or language, in real time.” Heritage quoted Babel Street founder Jeff Chapman’s 2017 comment to The Washington Post, “There are billions of smartphones on the planet. All you have to do is listen to them.”

“DHS should have to explain what it is paying Babel Street—with American taxpayer dollars—to do with its massive data collection operation, and more importantly, what is it planning to do with that personal, private data,” Howell noted.

Heritage Tech Policy Center Director Kara Frederick noted how “concerning” it is that the government and a private company can work together to collect data on Americans without oversight. “When Big Government and Big Tech work hand-in-hand, we the people are the ones who pay the price,” Frederick said in a statement.

The Heritage Foundation is a member of Media Research Center’s Free Speech Alliance.