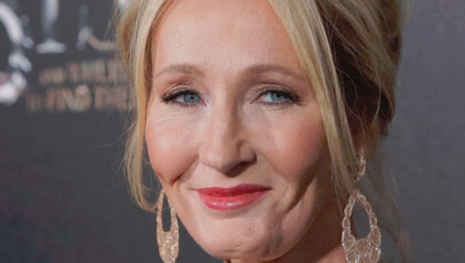 Once again, it appears Twitter has operated by a different set of rules. Harry Potter author J.K. Rowling had been criticized for her comments on transgenders in the past, but a new response to her comments included a death threat.

On Sunday, the Daily Mail reported that activist Faye “Trust Fund Ozu” included the death threat as part of a “diss track” against Rowling. An animated backdrop contains the message “J.K. I hope you fit in a hearse.” The video was posted on Twitter.

Rowling posted screengrabs of the video on Twitter: “I'm afraid I can't give a shout out to everyone promising to murder me - there are so many of you, and I'm a busy woman - but this one deserves a mention for the nineties rave vibe.”

Actor James Dreyfus reported Ozu’s account for violating the platform’s rules, but a purported screenshot posted by Dreyfus suggests Twitter said the message did not break any rules.

It is worth noting that Twitter permanently banned former President Donald Trump after the January 6 riot for allegedly furthering the “incitement of violence.”

“After close review of recent Tweets from the @realDonaldTrump account and the context around them we have permanently suspended the account due to the risk of further incitement of violence,” said at the time. Twitter Safety added that “we made it clear on Wednesday that additional violations of the Twitter Rules would potentially result in this very course of action.”