Starting in August, anyone with access to a 3D printer can yet again download the blueprints to print their own firearms at home. In response, Moms Demand Action for Gun Sense in America launched an online campaign to “#StopDownloadableGuns.”

The effort followed news of the U.S. government’s settlement with Defense Distributed by deriding the organization’s founder as a “self-proclaimed anarchist.” The anti-gun group's link also asserted that the availability of the blueprints “would enable terrorists, convicted felons, and domestic abusers to download schematics online and print their own illegal and untraceable guns.” 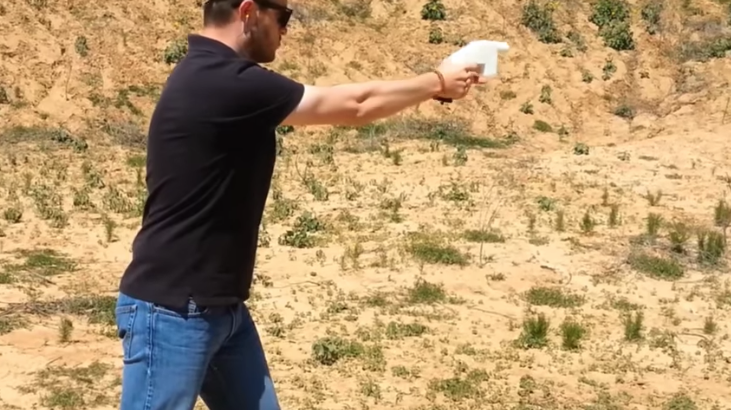 The Moms Demand Action post links to a Everytown for Gun Safety petition to U.S. Secretary of State Mike Pompeo to “stop the release of downloadable files that will allow people, including convicted felons and terrorists, to make untraceable guns on their 3D printers.”

The Moms Demand Action post against “downloadable guns” comes after a long legal battle. The U.S. Department of State reached a settlement with Defense Distributed, whose founder, Cody Wilson, was accused of violating the International Traffic in Arms Regulations (ITAR) because, by nature of being online, the files to construct a gun could be downloaded anywhere.

In 2013, Wilson was told by the State Department’s Office of Defense Trade Controls Compliance to take the blueprints for his “Liberator” gun offline. In 2015, Wilson sued the government.

According to CNN, the settlement states Wilson can yet again post his blueprints online.

After the decision was reached, Wilson tweeted out a photo featuring a gravestone for “American gun control.” 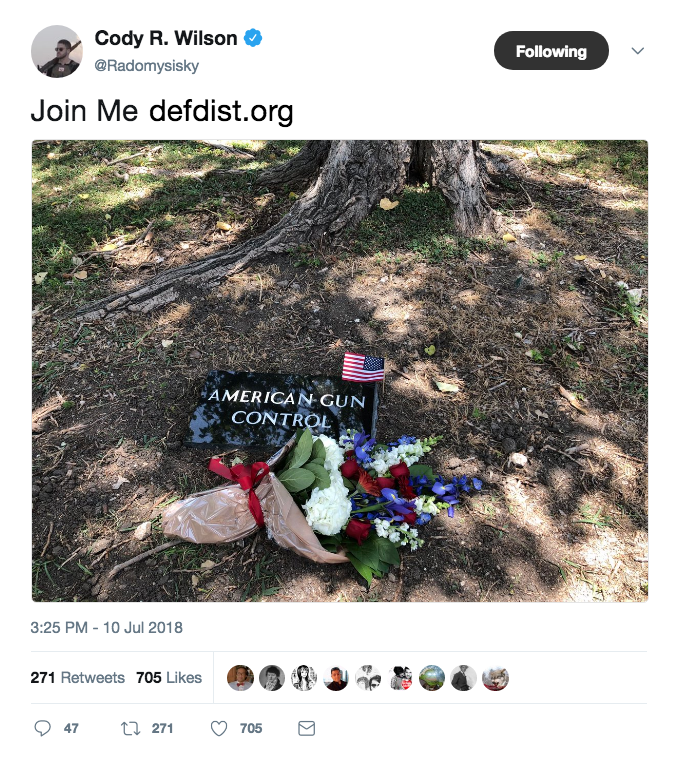 Although Moms Demand Action claims that the blueprints being posted in can usher a new age in which people can get untraceable guns without going through any background checks, it should be noted that before it was taken offline, over 100,000 people already downloaded the blueprint for the Liberator back in 2013 in “just two days” after launch.

As well, as USA Today notes, “Assembling guns at home isn't new. It can be done legally, too, provided the made-at-home gun isn't sold.”