Popular conservative podcast and YouTube host Dan Bongino has one answer to the problem of Big Tech censorship. He has partnered with the free speech platform Parler and taken an ownership stake in the firm.

Bongino declared on the June 16 episode of The Dan Bongino Show that this platform is “the social media alternative to the tech tyrants which have declared war against conservatism, liberty, and everything we stand for.” He heavily cited founder and President of the Media Research Center Brent Bozell’s opinion piece at Fox News, which declared that the “fate of democracy” will be decided by how conservatives fight for free speech online. 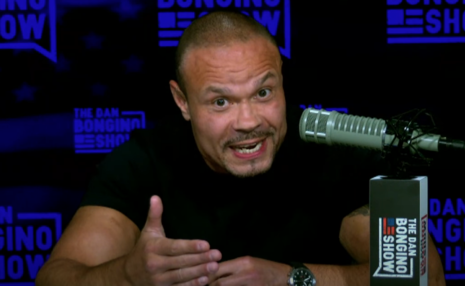 Bongino explained his rationale for partnering with Parler: “When I see my problem I try to solve it. Sometimes it works out, sometimes it doesn’t. I didn’t like the political establishment I ran for office” He then cited how he “didn’t like what was out there in the podcast space, started my own.” Then cited how he “didn’t like what the Drudge Report was doing with their hard-left turn we started Bongino Report.com, why? ‘Cause talkers talk, and doers do.”

He proclaimed that as a platform “we’re committed to free speech, we’re not going to be banning anyone.” He then hedged that with the obvious exception of calls to violence such as “you can’t threaten anyone, break the law, we get all that.”

“We’re committed to free speech then, free and open dialogue, unlike these other clowns in these other sites.”

He cited Founder and President of the Media Research Center Brent Bozell’s opinion piece at Fox News. Bongino encouraged his viewers to give it a read for themselves.

Bongino recited the headline and nodded “2020 and Big Tech – Election isn't just about Trump vs. Biden. It's about fate of democracy… he’s right."

Bongino hammered the irony of how “the liberals are all concerned about Russian and Chinese influence in elections as we all should be, but they don’t seem to care about the playing field being tilted for liberals." The reason for this, he suggested, was "because they can politically gain leverage from it, that’s why."

He then read excerpts from Bozell’s piece aloud:

“Snap, which runs the messaging app Snapchat, has joined with Twitter in the censorship campaign, adding character assassination to the mix. It has declared, this is SnapChat,  it ‘will not amplify voices who incite racial violence and injustice.’ The president’s comments will no longer be included in Snapchat’s  ‘Discover’ section, [it’s] reserved for key content from news outlets and celebrities."

Bongino then mused wondering if the Federal Election Commission “is going to get involved in that.”

He hammered home his point that “this fight is coming to your door,” and urged viewers to sign up on Parler themselves.