Even our own local Big Tech overlords are wary of an app overseen by the insidious Chinese government.

Reddit CEO and co-founder Steve Huffman blasted TikTok during a discussion panel at the “Social 2030” venture capital conference with other Big Tech experts, TechCrunch reported in late February. Huffman declared the app to be “fundamentally parasitic” and explained that he tells people considering the app, “Don’t install that spyware on your phone.”

Huffman spoke his mind when he admitted, “Maybe I’m going to regret this, but I can’t even get to that level of thinking with them,” regarding whether American companies can learn from TikTok. “Because I look at that app as so fundamentally parasitic, that it’s always listening, the fingerprinting technology they use is truly terrifying, and I could not bring myself to install an app like that on my phone.”

TechCrunch’s coverage observed that Huffman was criticising how TikTok allegedly tracks its users’ actions. “Huffman was one of the few at the event to offer deep criticisms of the app,” the article alleged. A TikTok spokesperson reportedly told TechCrunch: “These are baseless accusations made without a shred of evidence.” 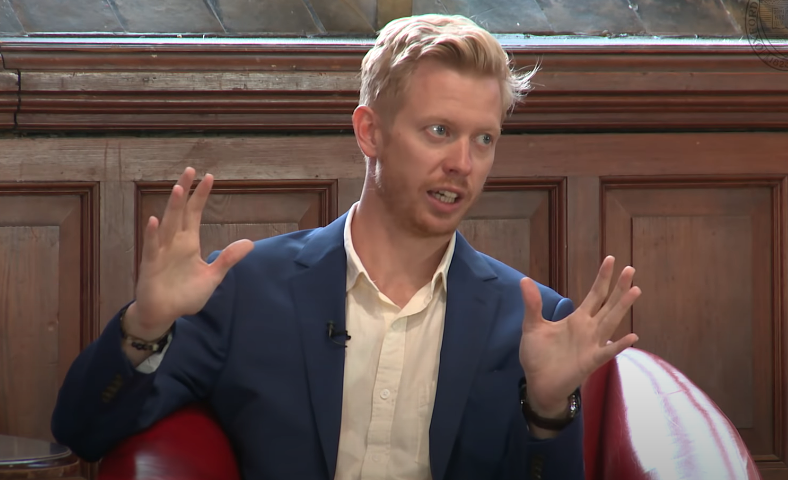 The Verge claimed that Facebook COO Sheryl Sandberg had made similar critiques of TikTok on NBC News’s “Byers Market” podcast when she addressed the fact that TikTok is “a Chinese company,” and that “if people are concerned about data I think there’s a lot to be concerned about there.”

TikTok, which is owned by ByteDance, a Chinese firm directly overseen by the Chinese government, has been scrutinized for its data vulnerabilities to the point that the U.S. military has outright banned its members from using it.

Reuters has reported that the app is extremely popular with American youth: “60% of TikTok’s 26.5 million monthly active users in the United States are between the ages of 16 and 24, the company said last year.”

Yet, as privacy concerns mount, this may change. “About half (52%) of U.S. adults said they decided recently not to use a product or service because they were worried about how much personal information would be collected about them,” Pew Research Center reported in a study published April 14.

Sen. Josh Hawley (R-MO) led an ongoing crusade against the app, and reportedly proposed legislation to ban federal workers from using it on their government-issued devices. Hawley also blasted the platform at a hearing and warned that “A company compromised by the Chinese communist party knows where your children are, knows what they look like, what their voices sound like, what they’re watching and what they share with each other.”

TikTok has also partnered with the feminist Girls Who Code project to get more women in tech, because nothing says progressive equality like a country that puts Uighur Muslims and other minorities in concentration camps.

Even Parkland anti-gun activist David Hogg has called for people to "#CancelTikTok" on Twitter. Citing privacy concerns, he reportedly said that the app should “only be used to call out the Chinese government... for their atrocities and human rights abuses."