Google has made two major changes in its ad policies after massive pushback by liberals and the media. Google and YouTube completely reformed their approach to no longer allow microtargeting with ads in late 2019, something that Facebook continued to allow despite pushback. Liberals considered any allowance of Trump’s microtargeting campaign methods by Big Tech companies to be “toxic” for democracy.

Google had also previously banned Coronavirus-related advertising on its platform on the ground of its “Sensitive Events” policy in order to prevent outcomes such as “price gouging or artificially inflating prices that prohibits/limits access to vital supplies.” Many Democrat strategists and organizers were cited in a damning piece by Protocol, claiming that this strategy would help Donald Trump win reelection by restricting the spread of Coronavirus-related attack ads.

The anti-Trump sentiment at Google seems to reach to top management. 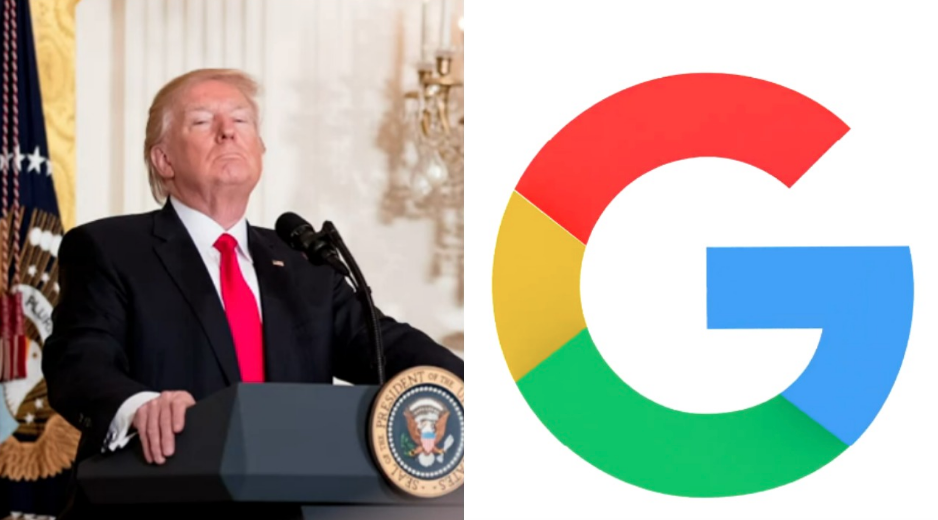 One incident that revealed this was when Google Responsible Innovation Head Jen Gennai was caught on camera saying that “breaking up Google” would not “prevent the next Trump situation.” She also mused how changes in Google’s secret algorithms could have prevented his election from happening in the first place.

Google had a massive meeting to mourn after Trump won the presidential election of 2016. Breitbart released a video of Google execs speaking to a crowd of employees the day after the election. Google co-founder Sergey Brin preached to the company that he was “deeply offended” by the results of the election, which “conflicted with many of the company’s values.”

Media Research Center Founder and President L. Brent Bozell III scorched Google for later switching course and planning “to lift its political ad ban so leftists can smear @realDonaldTrump.” He also observed that “This is the same ban @Google instituted to silence Trump in the first place. The media AND social media are trying to fix the presidential election.”

Sen.Chris Murphy (D-CT) tweeted in response to Google’s policy change, revealing that this was a strategic advantage for Democrats:

“Update: my office worked with Google yesterday (and many others raised the alarm too) and they have agreed to fix this. Campaigns will soon be allowed to run advertisements about Trump's coronavirus response. Free speech wins. For now.”

Democratic National Committee Chief Technology Officer Nellwyn Thomas tweeted “One bad policy gone! Thanks to team @Google for listening to reason and doing what is right.”

Indeed, this one Google policy drew the ire of influential Democrats from many organizations. Several strategists were quoted in Protocol’s coverage “Democrats say Google’s COVID-19 ad ban is a gift to Donald Trump.”

"To not allow political candidates to mention or discuss COVID-19 is something that has the potential to dramatically bolster Trump's and Republicans' chances of reelection," argued DSPolitical Chief Technology Officer Mark Jablonowski. Protocol described DSPolitical as a “top digital ad firm that works with Democratic campaigns and progressive causes.”

One anonymous Democratic strategist that Protocol interviewed lamented that he “had several different clients that have totally had to rethink the way that their political strategy is working right now.”

Rising Tide Interactive founding partner Eli Kaplan alleged: "For Google to basically say that the Trump administration is the only entity that is allowed to talk about the most important issue in politics really puts their thumb on the scale of the incumbent president and against anyone who is really looking to challenge him."

A Google spokesperson reportedly “told Protocol that the company proactively instituted the policy at the beginning of February when it noticed a flurry of advertisers throwing their messages onto coronavirus-related terms in order to drive traffic. While Google announced the ban in general terms earlier this month, its effect on political messaging is only now being recognized.”