‘Boomer Remover’ was trending on Twitter with over 71.1k tweets, and it just may make you want to quarantine yourself from the internet for a while.

The phrase “Boomer Remover” was one of the top trends on the trending list on Twitter on March 13. The phrase is focused on young Americans celebrating the fact that the coronavirus epidemic is especially lethal to the elderly, particularly those of the Boomer generation who have been the target of Millennial resentment.

Twitter has been famous for deleting even statements of biological fact under the cause of battling “transphobia” but seems to be fine with allowing what could easily be described as age-based hatred. Earlier this March, multiple outlets observed Twitter’s March 5 additions to its “hateful conduct” policy, which now includes banning a post that “dehumanizes on the basis of age, disability or disease.” 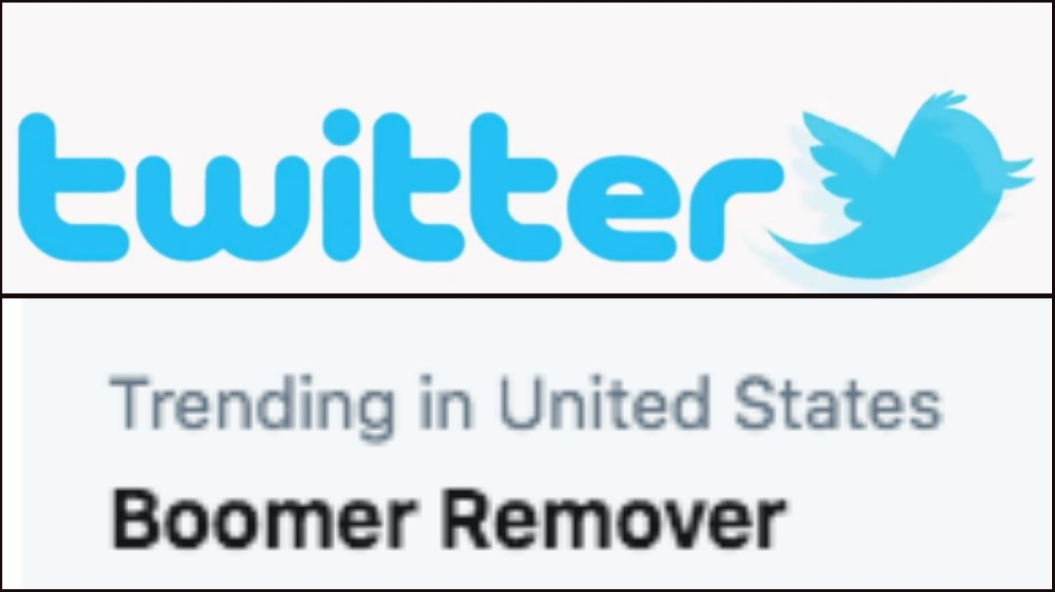 That could mean, theoretically, no poking fun at a presidential candidate for being old, potentially senile or mentally unfit for the presidency.

But what about “Boomer Remover?”

Carmine Sabia of The Sabia Report commented condemning the trending phrase as a political sign of the times:

“This is how evil Bernie Sanders supporters are. This is what @MeghanMcCain and others have been telling you. These are the people who have Boomer Remover trending for Coronavirus. How warped does your mind have to be for that? People are dying and they are celebrating.”

Meanwhile, former Democratic congressional candidate Bill Cimbrelo had a very different reaction. “I'm sorry, if you're on Twitter and ‘boomer remover’ offends you, you probably shouldn't be here,” wrote Cimbrelo. “I'm a boomer and I'm...(one sec..)[.]”

Liberal author Will Black gave a response that could be described as insensitive:

“(Not all) boomers since 2016: ‘We didn't vote for a deal. We voted for a no-deal Brexit. Yes, there will be collateral damage but our freedom is more important than medical supplies and avocados for snowflake millennials[.]’

Self-described “Award winning Black feminist LGBTQ activist” Chardine Taylor Stone appears to be deflecting criticism back on the Boomer generation in her take on the trend:

“OMG. Gen Z's are calling Coronavirus the ‘Boomer Remover’. Ouch. Jokes aside, think there needs to be some self reflection from Boomers on why younger generations hate them this much. Just like any episode of Supernanny it's usually the parents fault.”

Would referring to the coronavirus as the “Boomer Remover” qualify as hateful conduct “that dehumanizes on the basis of age, disability or disease”? MRC TechWatch reached out to Twitter for comment, but has not received a response to this question as of the posting of this piece.