After a brief controversy where the viral video app TikTok censored and reinstated a pro-life organization, the platform has allowed a viral video showing young women seemingly giddy about abortion.

Live Action founder Lila Rose blasted TikTok via tweet Feb. 27 at 10:15 a.m. when she discovered an “Unbelievable” viral video she said has 4 million views, which “shows girls cheerfully walking into Planned Parenthood & one killing her baby on camera. It’s in violation of countless Community Guidelines against: ‘Violent content’ ‘Depictions of deaths’ ‘Dismembered humans’ & others.” During the drafting of this piece, Twitter removed Rose’s tweet with a note that it “violated the Twitter Rules. Learn more.”

Rose commented on the video: “Our ability to be cruel is endless. When society celebrates abortion, should we be surprised to see this kind of cruelty? My heart breaks for this little helpless baby, killed on camera, his young mother joking about it. And it breaks for her, who will live with this all her life.” 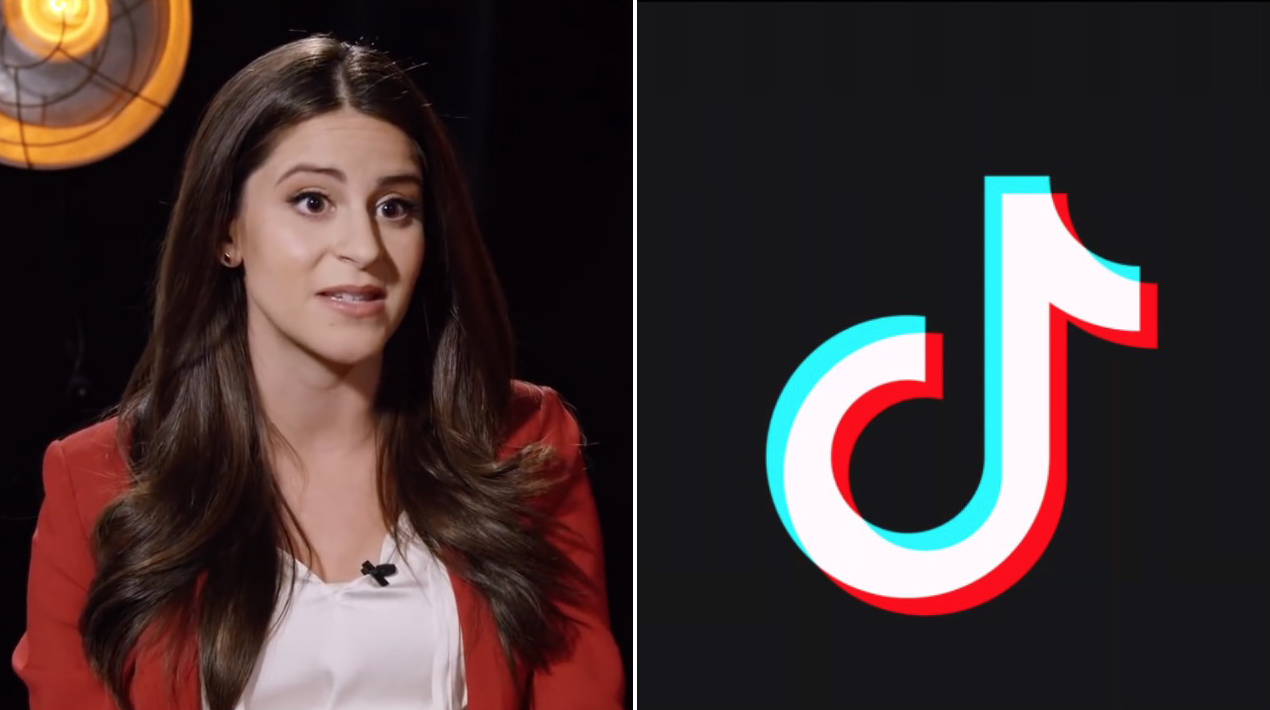 This after the platform had previously censored and then restored Live Action’s content after public outcry, the platform admitting to news outlets that “human error” was to blame in originally banning the account. Rose tweeted at the time that her organization had “received ZERO communication from TikTok since being banned” and that the Live Action account was allowed “to go back up w/ no explanation.”

TikTok is owned by ByteDance, a Chinese social media app company that is regulated by the Chinese government. Despite this fact and how the American military will not even allow its members to use it, Business Insider reported it has been downloaded more than 1.5 billion times, with 8.2 percent of those downloads being from the United States.”

For context, China has something of a vested interest in promoting and protecting abortion rights. Live Action has specifically reported on the Chinese government forcing civilians to have abortions as a matter of population control. 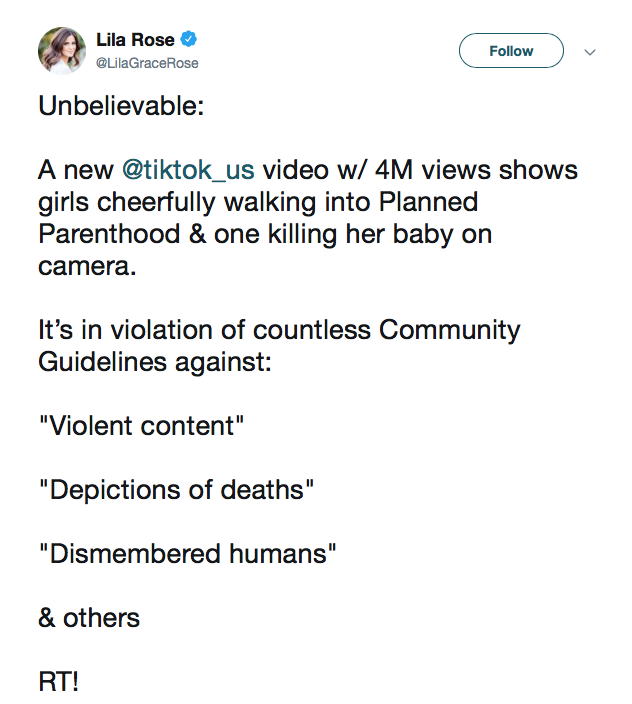 Being on mainstream platforms where they can reach the youth is strategically critical to the pro-life movement. Rose hammered home the point that “TikTok has a larger active user base” than platforms such as Twitter, Pinterest, Snapchat, and Reddit “With 800 million active users. Just shy of Instagram's 1 billion active users.” She concluded that “It is a crucial platform to spread our life-saving message on.”

TikTok declined to attend not just one but two Senate subcommittee hearings. Sen. Josh Hawley (R-MO) said about platforms like TikTok: these companies trade “our basic democratic values and the privacy and security of Americans in order to make a buck in China and to get the favor of the Beijing government.”