If competitive soccer games are too toxically masculine for your taste, and if your idea of “diversity” is an all-black cast, The New York Times has some games for you!

The Times in mid-October posted “Fear, Anxiety and Hope: What It Means to Be a Minority in Gaming,” a roundup of diverse and (uniformly) progressive video game creators who The Times hopes will replace gaming’s “toxic” culture.

Many of the games specifically deal with the creators’ own trauma and issues of identity. From an artistic perspective, the classic advice of “write what you know” is an understandable starting point, but many of these creators seem happy to jump off the deep end. 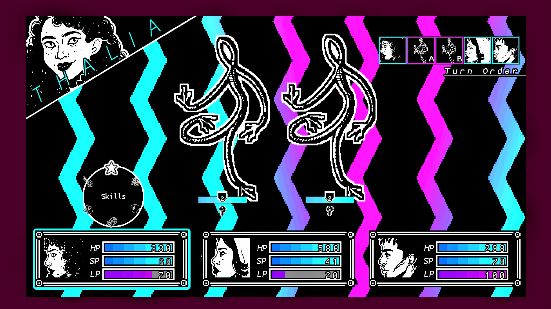 In Davionne Gooden’s “She Dreams Elsewhere” -- which is apparently a “diverse” game because it features “an all-black cast” (“diverse” evidently means not white) -- themes of “anxiety and depression” take center stage.

The Times says that through this “all-black cast,” Gooden “deliberately features the experiences of people typically absent from mainstream games.”

“If you’re a white creator, you rarely think about that,” Gooden commented.

(The Times has yet to do an article on whether the Italian diaspora experience is accurately represented by the Mario Brothers or whether the Scots or Irish cultural experience is captured by Link’s adventures in The Legend of Zelda series.)

The next creator, Dietrich “Squinky” Squinkifer, who uses “‘they’ and ‘them’” pronouns, has worked to “advocate a better understanding of race, gender and sexuality in the industry.” Squinky now creates games like “Robot Slow Dance,” game where “people use controllers to make two miniature foam and metal robots dance with each other,” adding that the game is a “commentary on social gender norms, which are nonexistent for robots.”

Squinky, who The Times claimed has tangled with “the toxic side of gaming” before, added, “I am to some degree scared of creating something that will get popular enough within the video game world community that it does receive that kind of backlash.”

It's unlikely many gamers will be purchasing "Robot Slow Dance" anytime soon, so mission accomplished.

Joyce Lin of “Queering Spacetime” might need to alter the fabric of reality to make her game popular or remotely interesting to most gamers.

In her new tabletop card game, players role-play as “queer” girls with crushes on each other.

“One might become Avery, who is Japanese and Scottish and pansexual, or Ioh, a Korean tomboy.”

“Draw another card, and Avery and Ioh might meet at a gas station at 1 a.m., with one needing a ride. Together, players craft a date: Will Ioh give Avery a ride? What is the best way the early morning can unfold, based on each character’s personality traits?”

Lin described her game as a “queer form of resistance,” which The Times elaborated would help in “building safe spaces together as a shield against all that is harmful in the world.”

The Times describes Lin’s game as “an attempt to put forth a positive representation of queer relationships,” but whether simulating gas station hookups between pink haired queer women will make them seem more normal is up for debate.

Citing Julian Cordero, another game creator, who “loves soccer but hates its competitive culture,” The Times points out that “when he made a game about the sport, it wasn’t about playing a match.” Because who doesn’t like a game about soccer without actual soccer in it?

Instead, The Times summarized Despelote, by writing that “the player kicks a soccer ball around city parks, meeting people along the way.

“‘Ultimately, the game for us is a game about soccer, but it’s not about the competitive aspect,” Cordero commented, “It’s quite the opposite. It’s about the human aspect, and the relationships that sort of develop through kicking a ball around.”

“With Despelote,” The Times explained, “Mr. Cordero is trying to use soccer to reject the competitiveness of gaming, which he believes engenders the misogyny and consumerism that have been endemic to the culture.”

Cordero also made clear that while he likes making and playing games, he rejects the “gamer” label, saying, “I wouldn’t really call myself that.”

Despite the “toxic” label placed on gamers and mainstream gaming, one might say that these progressive games aren’t fit for human consumption.