Another American company bowed to Chinese censorship in order to protect their bottom line.

Blizzard Entertainment found itself in the same hot water as the NBA about China. The computer gaming firm, famous for titles such as “World of Warcraft” and “Starcraft,” has publicly announced a one-year suspension as of Oct. 8 for a professional video game player Chung Ng-wai, better known as Blitzchung. His crime? Shouting a Hong Kong protest slogan, “Liberate Hong Kong, revolution of our times!” during a post-game interview broadcast live from Taipei on Oct. 6 while clad in a respirator and goggles in solidarity with the protestors.

"As you know there are serious protests in my country now. My call on stream was just another form of participation of the protest that I wish to grab more attention. I put so much effort in that social movement in the past few months, that I sometimes couldn't focus on preparing my Grandmaster match.”

He claimed to have known the risks he took by speaking out at such a critical cultural moment, and stated further, “I know what my action on stream means. It could cause me lot of trouble, even my personal safety in real life. But I think it's my duty to say something about the issue." 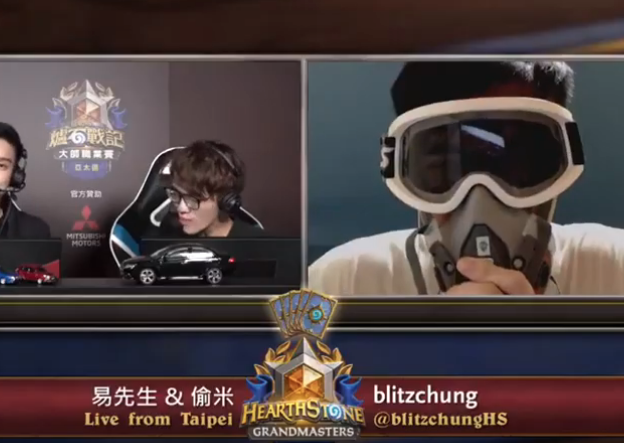 Chung made the controversial proclamation after a victorious Hearthstone GrandMasters match. The interviewers can both be seen ducking behind their desks when he said this, to avoid being on camera in a way that could be construed as showing support.

As Quartz observed, “Blizzard Entertainment, a wholly-owned subsidiary of Activision Blizzard, found Blitzchung to be in breach of a rule stipulating that any action by a player that ‘brings you into public disrepute, offends a portion or group of the public, or otherwise damages Blizzard image’ is punishable by a suspension and the withholding of all prize money.”

Blizzard said in a statement, “While we stand by one’s right to express individual thoughts and opinions, players and other participants that elect to participate in our esports competitions must abide by the official competition rules.”

Blizzard is not the only American company willing to betray free speech for Chinese money.

This came amid a parallel controversy concerning the National Basketball Association, when Houston Rockets General Manager Daryl Morey was blasted for voicing support for the same Hong Kong protest movement in a since-deleted tweet, in which he said, “fight for freedom, stand with Hong Kong.”

Vox observed that Morey "got himself denounced by the Chinese consulate in Houston and by the owner of his team. His tweet was deleted, the Chinese Basketball Association announced that it is suspending all cooperation with the Rockets, Morey was made to apologize, and the NBA put out a statement characterizing his tweet as 'regrettable' and clarifying that his support for Hong Kong protesters 'does not represent the Rockets or the NBA.'"

Vox then added that The Rockets are "reportedly considering firing Morey in an effort to appease the Chinese."