Having it your way at Burger King might well include urging violence against conservatives, according to critics of the company.

The fast food company’s UK Twitter account has been tied to attacks on conservative political figures. There has been a recent epidemic of conservative British politicians being repeatedly doused by protestors’ milkshakes.

A McDonald’s in Edinburgh, Scotland, was asked to stop selling milkshakes during a local campaign event for Brexit Party leader Nigel Farage. Burger King was accused of dog-whistling for political violence when it responded by tweeting “Dear people of Scotland. We’re selling milkshakes all weekend. Have fun. Love BK #justsaying.”

Gillette, Nabisco, and now Burger King are just a few of the companies that have joined Big Tech as corporations that have gone “woke,” or openly liberal.

The trend of milkshake attacks began with a viral video which showed conservative commentator-turned-politician Tommy Robinson being covered with a milkshake two times in two days while campaigning in early May. The UK Independence Party candidate Carl Benjamin has been doused with not only dead fish, but milkshakes four times in a single week. 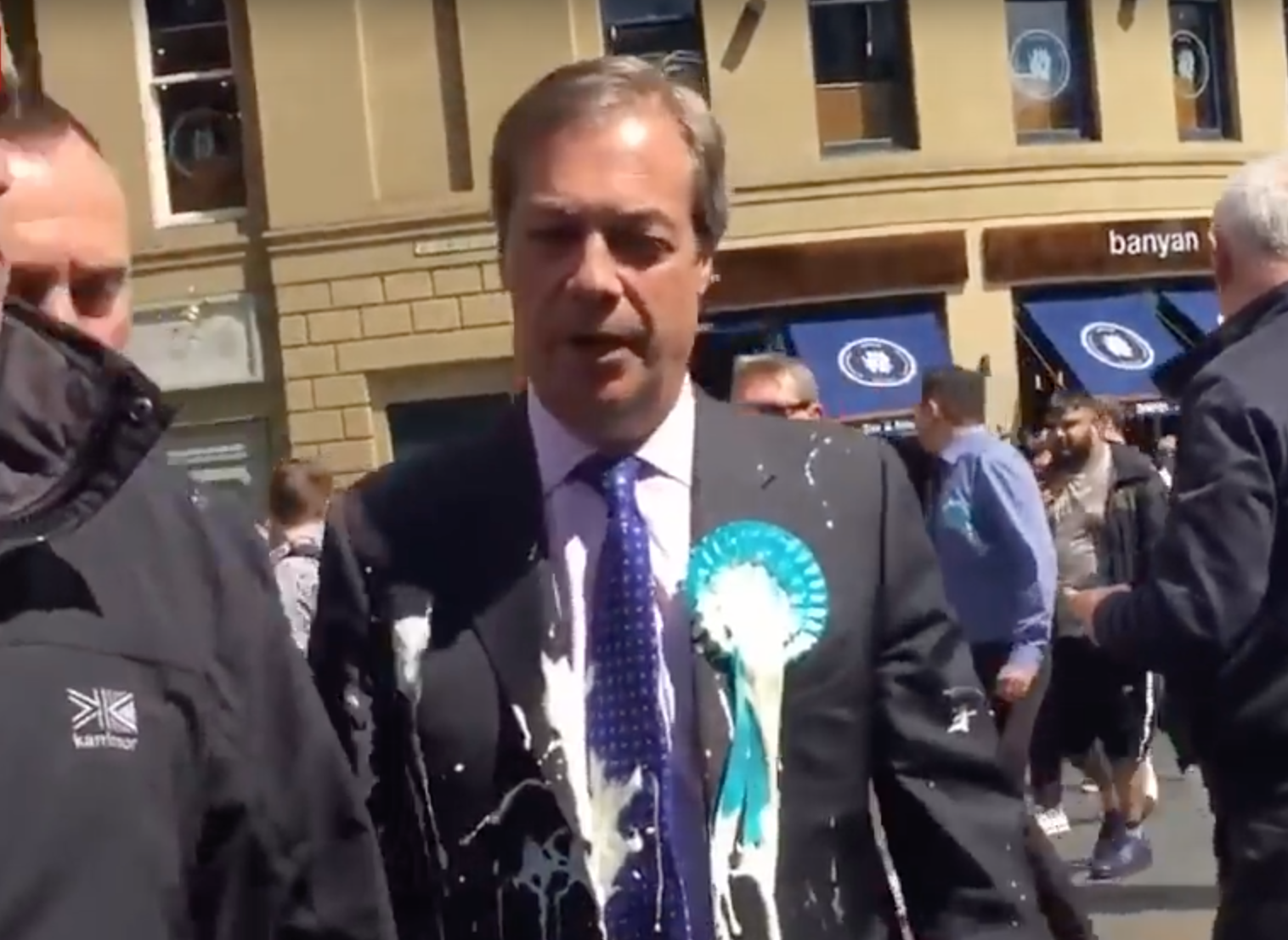 McDonald’s complied with a police request, and posted a sign which read: "We will not be selling milkshakes or ice creams tonight. This is due to a police request given recent events."

Scott MacDonald, an online coordinator for the Scottish Socialist party, had tweeted a photo of the sign while commenting “someone clearly got wind” implying there had been plans to douse Farage in Milkshake. When Farage was successfully doused later on, MacDonald tweeted “No comment beyond #SplashTheFash.” He tweeted numerous other milkshake related posts that day.

Human Events Editor-in-Chief Raheem Kassam, in his coverage of this phenomenon, observed that, “Originally, some on the left tried to defend the comment.” However, he noted the truth came to light when “the fast food giant revealed it was in fact making reference to the visit of Nigel Farage.” Kassam lamented the modern reality that, “a corporate social media account is now encouraging its followers to assault – albeit with lactose products – political figures.”

INews commented that this is similar to the worldwide hero-worship of Will “Egg Boy” Connolly who egged Australian conservative politician Fraser Anning last March. In response, “war-like murals depicting the deed are now emblazoned across walls around the world.”

Burger King’s UK Twitter account tweeted in response to their post that “We’d never endorse violence — or wasting our delicious milkshakes! So enjoy the weekend and please drink responsibly people.” Many of the people who responded are not taking this tongue-in-cheek response seriously.