Twitter will desperately defend its stance on transgender rights, even if it means snuffing out the voices of the opposition.

Dr. Ray Blanchard, who helped write the official psychological position on transgender identity, was temporarily blocked on May 12 for voicing his professional beliefs. He stated that “Transsexualism and milder forms of gender dysphoria” are a type of “mental disorder” which still allows people to be functional in other aspects of their lives. He also stressed that sex change surgeries should only be done on adults. He emphasized that it should only be considered for a patient who “has reached the age of 21 years and has lived for at least two years in the desired gender role."

Blanchard acknowledged that a sex change surgery is a purely cosmetic alteration, a “legal fiction,” noting for example that people should not be allowed to compete in sports under their new identity.

PJ Media’s coverage of this story rounded up a few such example of how sex changed of minors has been an increasingly enforced norm. One such example was when “a British transgender activist took her 15-year-old son to Thailand to get him castrated. When a Catholic woman complained about this child abuse on Twitter, U.K. police investigated her for abuse.” 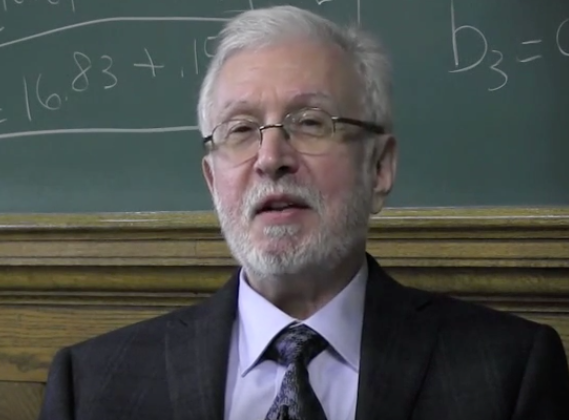 The article later adds that studies have indicated that “the vast majority of children who identify as transgender will revert to their biological sex if they are allowed to go through puberty.”

Joe Rogan of the Joe Rogan podcast has expressed via Twitter “I fully 100% support and accept transgender folks but to pretend a man's skeletal structure isn't an advantage in MMA is insane.” He also was covered by The Blaze for an interview in late April where he intellectually body-slammed Adam Conover of the “Adam Ruins Everything” show on both the dangers of transgender hormone treatment on minors as well as sex reassignment surgery.

Feminist journalist Meghan Murphy sued Twitter in February for banning her after she declared that men and women are not interchangeable. Murphy’s lawyers wrote a press release on her behalf saying, “According to Twitter, even questioning the idea of ‘gender identity’ qualifies as ‘hateful conduct’ -- despite the fact that the majority of the public believes that biological sex is a material reality that is not alterable through self-declaration.”