The cartoonist gained renown for his comics supporting Trump during the 2016 campaign. He quipped that the real translation of his alert from Instagram was: “You're a threat to the Democrat narrative.” Shortly after he asked which type of conservatives and free thinkers they would come after next, eventually becoming “Anyone who disagrees with the #Democrat Narrative #censorship” as momentum builds for the “#2020Elections” 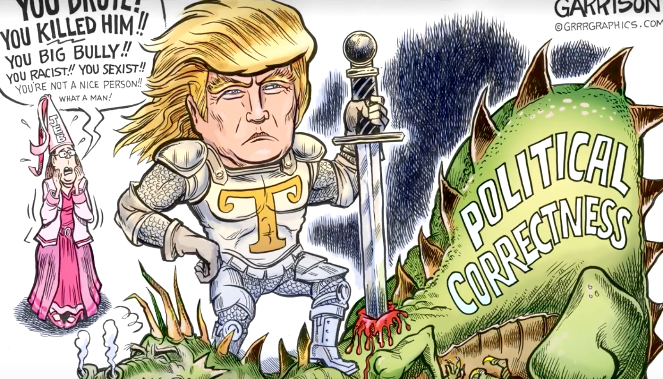 He tweeted to President Donald Trump as well as Don Jr. to take action on the accelerating issue of Big Tech bias, “Your #MAGA troops are being "picked off" one by one by #BIGTECH before #2020Elections  Please Help us  @POTUS #StopTheBias #BigTechCensorship #TrumpSupporters.”

According to Garrison, this incident was sparked by Instagram deleting a cartoon parodying the hypocrisy of Democrats claiming to support Gay rights while also allowing the spread of radical Islam in western countries. The cartoon does not show any gore, but shows a gay man in a business suit being pelted by stones thrown by angry bearded men in Islamic garb, who are shouting “Allahu Akbar!” This with a two headed Democrat donkey in the background holding one flag for gay rights and another to welcome Islam.

One should note that social media companies allow actual photos of historical atrocities and violence such as the Holocaust, but will not allow even a cartoonish critique of liberal hypocrisy on religious extremism.