Antitrust is coming for Big Tech, at least according to one business expert.

Prof. Scott Galloway, of the NYU Stern School of Business, said it will take some time, but there will a bipartisan breakup of Big Tech. “I believe DOJ or FTC action perhaps supported by attorney generals [sic] in states, maybe even red states, that file antitrust action” will happen. He was speaking to Fox Business host Stuart Varney of Varney & Co. 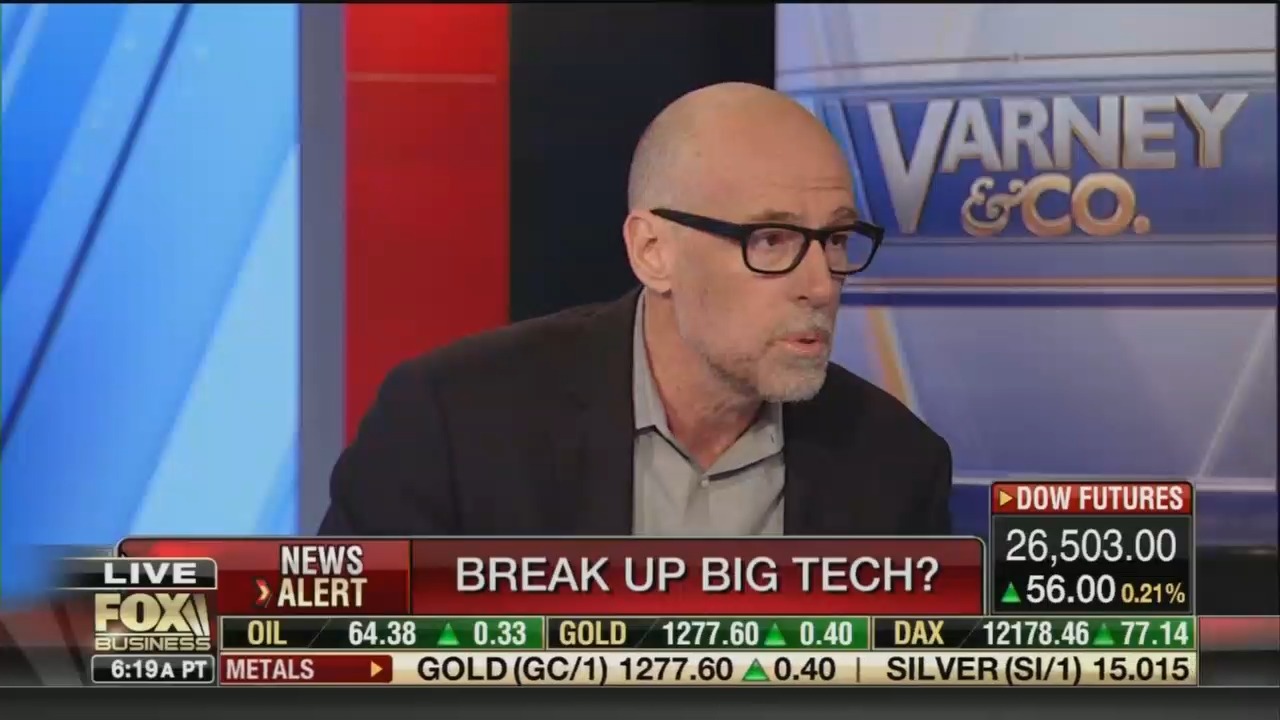 Varney addressed Galloway’s intent of “going after the Amazon, Facebook, Googles of this world” and cited a recent clip where even Rep. Jerry Nadler (D-NY) spoke on the implications of Big Tech monopolies.

Galloway, author of The hidden DNA of Apple, Amazon, Facebook and Google, elaborated  on how for the past 30 years the pretext for antitrust action has been consumer harm. Times and technology have changed, and those in politics need to understand that there is a different game being played entirely, he said. “They claim ‘if it's free, how can there be consumer harm?’ The consumer is the advertiser and the advertiser doesn't have many choices here.”

Galloway then addressed Nadler’s comments on how Big Tech companies protect their monopolies on power, “small, great companies are being prematurely euthanized in the crib and when they can't kill them, they buy them.”

The example he cited of the “greatest failure” to enforce antitrust laws “in history” he said was the “approval of Facebook's acquisition of Instagram.” He added that, “it should have never happened.”

Varney acknowledged that antitrust legislation, while a gradual process, is a very real threat to tech companies, “just the launching of an antitrust investigation clobbers the company.”

Galloway saw this shakeup optimistically, citing that the way things are now is leading to stagnation. “But on the whole, you want to see those numbers on that screen go up, break up these guys. The fastest growing parts of our economy have no startups right now,” he said.

Galloway was optimistic about a post-break-up future. “In the long term, just with every antitrust action, 10 years down the company is broken up and more valuable than the original company and we are going to see a torrent of venture capital activity, M&A, new job growth. You want to oxygenate the economy, keep those numbers ahead of grain, break these companies up. Best thing for the economy, best thing for the middle class,” he concluded.