Conservative commentator Michelle Malkin gave a speech at the 2019 CPAC conference on Friday, which included a fiery call to action against big tech censorship.

“Nice is not enough,” Malkin said. “Logic and facts and appeals to decency and fairness are not enough. Bemoaning double standards is not enough.” She proclaimed that the future of the party is conservative “disruptors” who will fight on the frontlines, by stating “our future will not be secured in a Fox News anchor chair or a think tank office or on a cruise ship or at a cushy GOP retreat. The future is on the frontlines.” 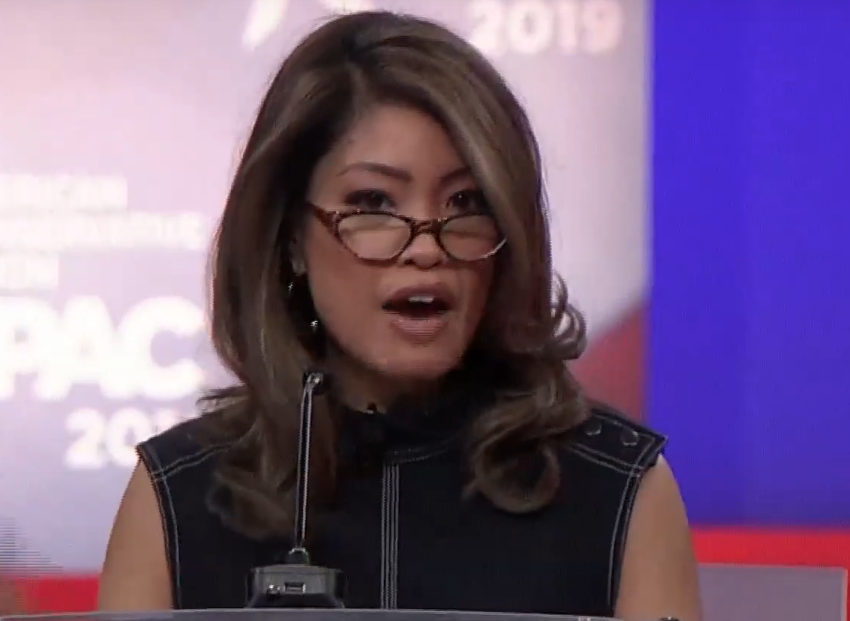 Malkin slammed big tech for having organizations like the radical liberal Southern Poverty Law Center (SPLC) as consultants. She referred to the SPLC as being a “smear machine racket” that defames organizations that seek to protect America from radical Islam and illegal immigration as “hate groups.” She also decried how many left-wing orgs “conspire to push us out of the public square” as well as how “payment processors and Silicon Valley” deprive conservatives of their ability to express themselves or support themselves financially.

She specifically addressed that not only have many on the right been “de-Twittered, de-PayPaled, DeFacebooked, [and] deplatformed,” but some have also even been barred from entering CPAC itself, as well as forced to beg for money to support themselves or fight legal battles for their legal reputations.

Malkin warned the GOP establishment that the old tactics no longer work, and they need to adapt if they wish to survive. She continued by stating that the heart of the party is not among the established voices, but among the grassroots firebrands and creators.

She proclaimed that the GOP needs more “disruptors.” By this, she means charismatic activists and commentators like the late Andrew Breitbart “willing to fight fire with fire.” She also called upon the party’s financial establishment to provide “financial and moral support” to them.

In regards to big tech specifically, she called upon the GOP to take “legislative action at the local and state level” imploring that “we need politicians who will DO SOMETHING to stop the sowers of hate and their handmaidens. Use the tools at your disposal. Don’t just stand there. DO SOMETHING.”

She closed the speech with a fiery proclamation: “Diversity is NOT our strength. Unity is. Our common purpose is the common defense of our nation. Good people make America great. Good people: Stand and fight.”

Malkin’s speech provided the call to action; panels afterward discussed the actions the government and party can take to solve this problem. Missouri Senator Josh Hawley proposed that the U.S. enforce the laws that are already on the books, such as Section 230 of the Communications Decency Act. This gives tech companies legal immunity from illegal activity that happens on their websites on the condition that they provide platforms for free speech. If big tech companies instead act as censorious publishers rather than free platforms, they could be stripped of their protections. Lawyer and RNC Committeewoman Harmeet Dhillon noted that the GOP establishment think tanks themselves often receive funding from big tech companies, and will be especially hesitant to hold them accountable to this standard.