Peterson, Rubin to Abandon Patreon Even Without Alternative Funding Site

Two social media stars are putting their money on the line by leaving the funding site Patreon to protest its banning users for political views — even without having an alternative.

Dr. Jordan B. Peterson and Rubin Report host Dave Rubin announced mid-December plans to create a free speech alternative to Patreon. They did so after numerous free speech defenders were deplatformed by or voluntarily fled the platform. 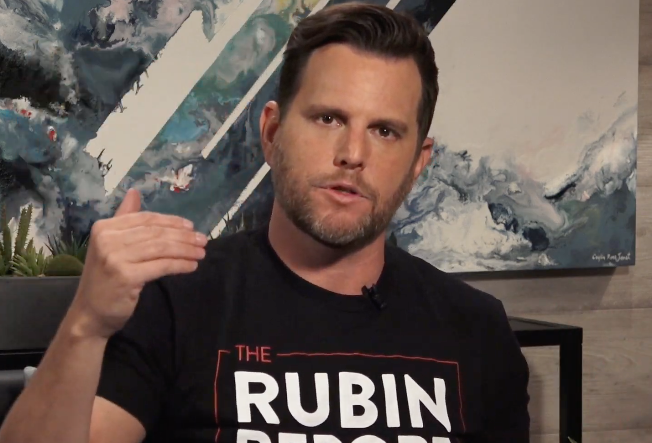 They followed this up by announcing January 1 that they would abandon Patreon on the January 15 before their alternative website is even built. Rubin noted that while Patreon funding is the backbone of the Rubin Report, providing 60-70 percent of his funding, “This is about taking a stand against this ever moving encroachment on free speech, on free expression.”

Peterson lamented that the site “Change The Terms” was the final straw because it has been lobbying for Patreon to get more political. He described Change The Terms as an anti-free speech site that rallies together numerous companies and organizations spearheaded by “that hateful organization,” the Southern Poverty Law Center. Their goal is to eradicate conservative “hate speech” they find offensive from the internet by denying platforms to their opponents.

The reason Peterson and Rubin chose to leave January 15 is because they originally hoped their alternative would be up and running by then, which is not yet the case. However, the fact Peterson mentioned “the user interface needs work” verifies that such a website is indeed in process of being made.

Rubin soberly commented that, “It might be possible that the Patreon method is not what’s needed for the future of the internet, and this is what we’re trying to figure out right now.”

Considering the cautionary tale of Patreon alternative SubScribeStar being denied service by money processing companies, his skepticism may be justified. He added that sympathetic engineers from Google and Facebook have been advising him on this, further mentioning that “Literally thousands of emails” are coming in from people who wish to contribute their assets or skills to this project.

Rubin remarked on the newly adopted liberal mentality of denying services to Republicans because of their political viewpoints. “To loosely quote our friend Eric Weinstein ‘should Republicans be allowed to use roads?’ That’s sort of where we’re headed here.” Both seemed shocked that left wingers have embraced big tech corporations as a means of social control.

In his “I’m Leaving Patreon: Ask Me Anything” Livestream on January 3, he mentioned how Patreon’s attack on free speech YouTuber Sargon of Akkad (aka Carl Benjamin) was a political epiphany for him. He told viewers that he’s had “enough of this, this ever-encroaching movement on what we can say and who’s allowed to be on what platform to say this or that.”

He then explained how these PC efforts were targeting increasingly more ordinary commentators to paint them as evil as an excuse to deplatform them. “It’s coming for people that just have some thoughts that are a little bit outside of sort of this progressive dogma,” he said.

For now, Rubin is urging supporters to donate at his personal website instead of his Patreon, though this is only a temporary solution. In the long term he is considering establishing a Patreon alternative, as well as further challenging the status quo that empowers political correctness itself.