On MSNBC Tuesday night Rachel Maddow described the cover of the latest edition of Charlie Hebdo because,  "NBC News will not allow us to show it to you." A different perspective than Maddow and MSNBC had in 2011 when showing the image of the “Piss Christ” photo by Andres Serrano.

"The cover is a cartoon of the prophet Mohammed shedding a tear beneath the words ‘all is forgiven’ he’s also holding a sign that says 'Je suis Charlie'", Maddow said on her program. "The reason I’m describing it to you rather than showing it to you – is because we operate under NBC News rules and NBC News will not allow us to show it to you."

On April 18, 2011 Maddow and her network had no difficulty showing and discussing the “Piss Christ” photo by Andres Serrano after it was destroyed in a museum in France by protestors upset with the image of a crucifix submerged in urine.

After showing the image onscreen, Maddow said, “Museum officials say they will reopen tomorrow in order to put the destroyed pieces –still destroyed - on display so that people can see the damage that was done to them.”
“Inanimate art cannot yell back, it cannot hit back. The only way art wins against force if you can put the attack itself on display. See how that looks in the bright light of day, see how that holds up to history,” Maddow continued. 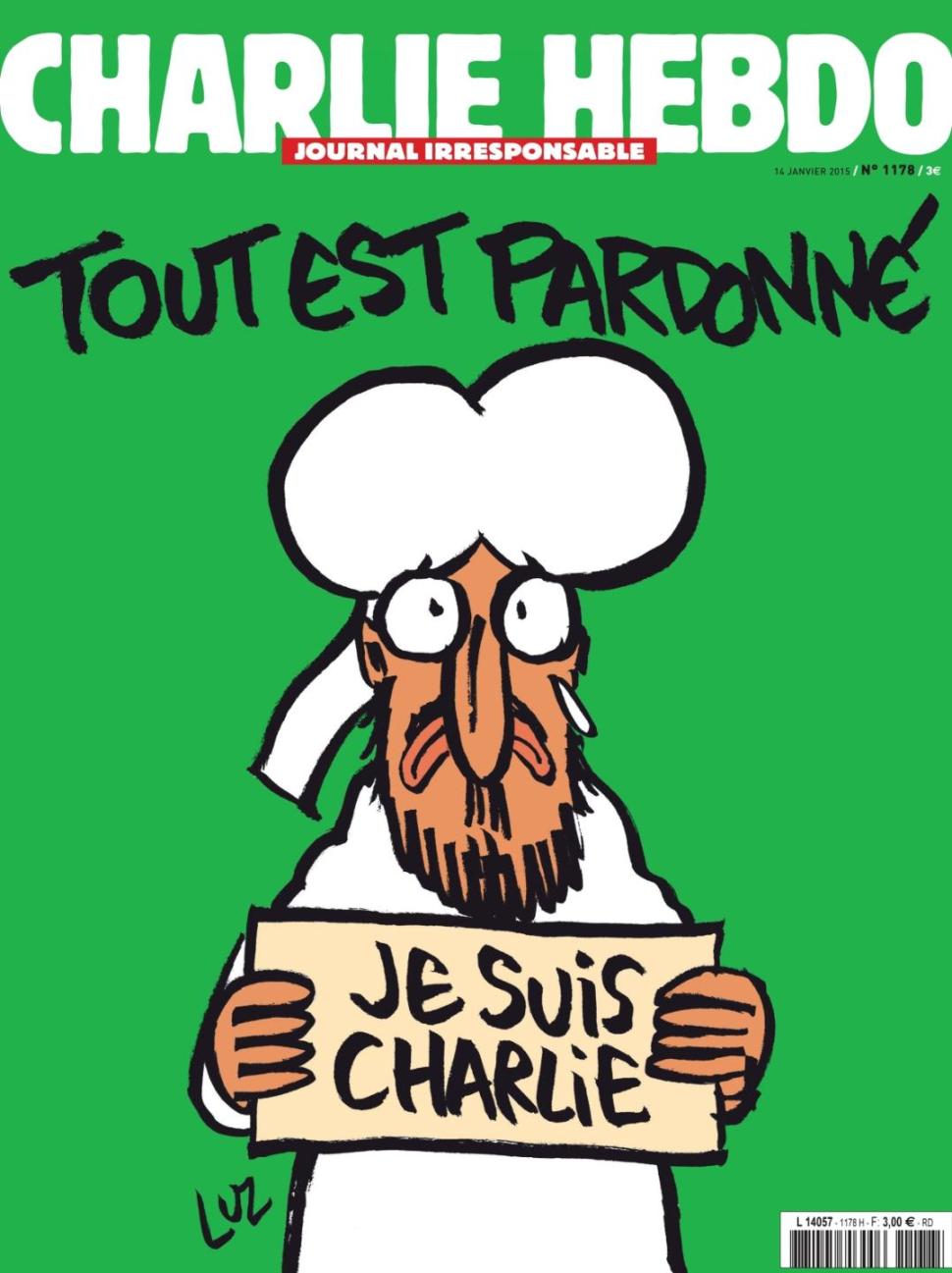