Illegal abortions were rampant before legalized abortion, according to one View co-host.

On Tuesday, The View focused on the defunding of Planned Parenthood in Ohio as a “hot topic.” After the ladies proclaimed they were “all pro-life,” liberal co-host Whoopi Goldberg took the opportunity to remind the audience why legalized abortion exists: because “people got tired of tripping over women” who performed abortions on themselves in bathrooms.

Ohio Gov. John Kasich recently signed a bill barring his state from contracting with organizations that perform or promote abortions. Stripping funding from organizations like Planned Parenthood, the bill redirected the $1.3 million to alternative health centers. 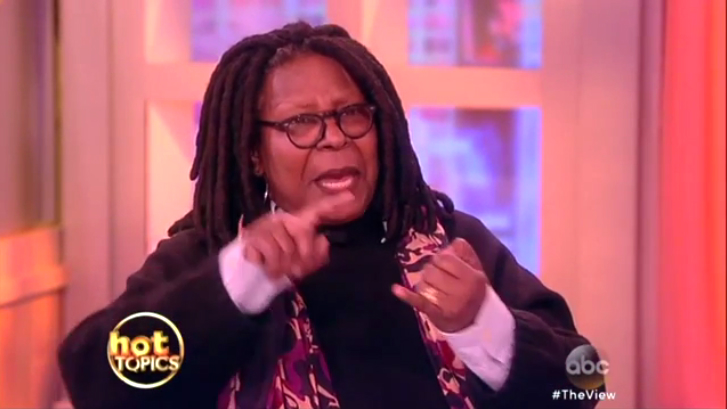 In the middle of their discussion, guest and ABC analyst Sunny Hostin came to Planned Parenthood’s defense – even though she described herself as “pro-life.”

“Candace, you know, you and I agree on this issue,” she said to co-host Candace Cameron Bure, “I mean, I'm pro-life, you're pro-life –“

(A fascinating claim, considering Goldberg rejoiced when pro-life activists “[got] their behind handed to them,” attacked Ben Carson for comments against abortion and slammed Kelsey Grammer for wearing a pro-life T-Shirt.)

“We're all pro-life,” Hostin continued, “But, you know, the fact of the matter is even if I don't agree with abortion, I do think that women need healthcare.”

So did Bure (of course), but that didn’t stop Hostin.

“They're dying of breast cancer,” Hostin warned. “They're – they’re dying of – of cervical cancer and these women need healthcare and he's taken – taking that away from them.”

When Bure reiterated that the funds were redirected to other health centers, co-host Joy Behar chimed in with her own point.

“I don't think they understand what it was like before,” Behar said, “you know, Roe v. Wade.”

Goldberg agreed, and began a rant about what happened before legalized abortion in 1973:

No, it used to be all about the hanger, you know. And in the old days, you know, the reason abortion became legal, just in case folks don't remember, is because people got tired of tripping over women who gave themselves abortions in bathrooms, you know, or went to people who gave them Clorox to drink or gave – so the government – people came and said, listen, we need to do this a different way, because we need to take this out of the hands of women doing this to themself [sic] and make it safe and clean. That's how all of this began.

“[N]one of us can decide for some other woman's life,” she continued, “and she should have the right to make that decision without getting picketed, threatened, made to feel bad, whatever your religious belief is.”

Except abortion isn’t just about the woman’s life – an essential point Goldberg overlooked.

“You have to believe that people have a relationship with God also who have – they make hard decisions and, you know, and I think that it's important,” Goldberg concluded.

The audience erupted in applause as Hostin agreed.