Whoopi Goldberg on Christian Syrian Refugees: ‘Hitler Was a Christian’

Did we hear that right?

On Tuesday, The View ladies devoted a few minutes to the Syrian refugee crisis. Reacting to Republican candidates’ proposals, they criticized allowing only Christians refugees into the United States, because, after all, even Christians can be bad. Case in point: Adolf Hitler – according to Whoopi Goldberg. 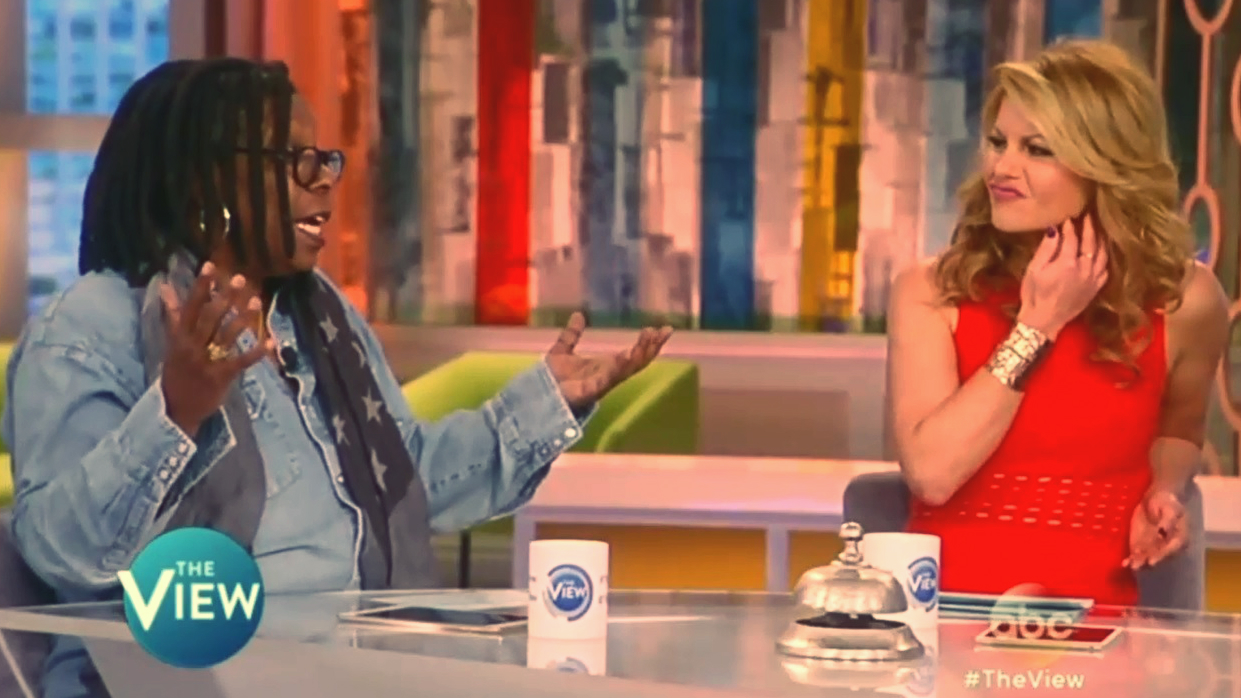 To introduce the segment, Goldberg pointed to solutions proposed by Republican candidates for the Syrian refugees.

“Republican candidates like Jeb Bush and Ted Cruz think America should only accept Christian Syrian refugees,” she began. “Donald Trump says we should strongly consider closing the mosques. Is this really going to help root out ISIS?”

Regardless of ISIS, Joy Behar criticized the move as unchristian.

“The irony of saying that only Christians could come is not very Christian to say that, is it?” she asked.

“Timothy McVeigh was a Christian,” she said. “Just sayin’.”

Goldberg agreed – and offered her own example of a bad Christian.

That comment left The View’s guest, actress Candace Cameron Bure speechless, as she responded, “Ah, ah, uhhh…” while Behar commented, “I’m not so sure.”

But Goldberg defended her statement.

“Well, he didn’t like the Catholics, remember?” she insisted. “So he thought of himself as a Christian person.”

Right… because hating Catholics makes you a Christian (while not liking certain Syrian refugees makes you not a Christian). Logic, ladies. Logic.

Bure tried to save Goldberg a few seconds later by inserting, “There are people in all groups that don't represent that group well.”

But that wasn’t enough to redeem Whoopi’s comments.

First of all, McVeigh described himself as an agnostic in a letter written shortly before his execution. Second of all, Hitler was anti-Christian.