At least half of the liberal organizations pushing the “Freedom From Facebook” movement have been funded by left-wing billionaire George Soros. One of the other organizations was also founded by controversial Women’s March leader Linda Sarsour.

MoveOn.org, Demand Progress, Public Citizen, and the Open Markets Institute are four of the eight organizations that have banded together to urge the Federal Trade Commission to break up the so-called Facebook “monopoly.” 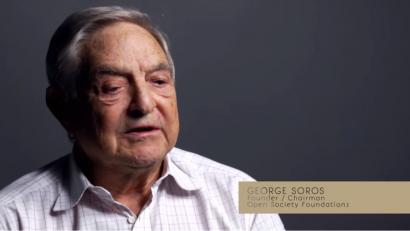 The website for Freedom From Facebook begins by claiming, “Facebook has too much power over our lives and democracy,” so “[i]t’s time for us to take that power back.”

A February 2018 Axios story revealed the Open Society Foundations gave a $180,000 two-year grant to the Open Market Institutes the previous year in order to fight against big tech. According to the website for the Open Markets Institute, Citizens Against Monopoly is one of its initiatives — which also had its endorsement on the Freedom From Facebook website. While Sum of Us does not explicitly say it is being funded by Soros, its funding page lists the Open Society Foundations as one of its partners.

In addition to having nearly half of the initial partner organizations associated with Soros, one of the organizations, MPower Change, lists Women’s March organizer Sarsour as its team member. Sarsour has drawn criticism for her association with Louis Farrakhan and support for Sharia law. MPower Change’s “about” page states it is the “largest Muslim led social and racial justice organization in the United States.”

The coalition of groups demands the FTC to break up Facebook, Instagram, WhatsApp, and Messenger into “competing networks” that require users on one site to be able to communicate with the others.

“Most of us use Facebook, Instagram, WhatsApp, and Messenger. They’re important ways for us to communicate and connect with each other. But Facebook and Mark Zuckerberg have amassed a scary amount of power,” the website reads. “Facebook unilaterally decides the news that billions of people around the world see every day. It buys up or bankrupts potential competitors to protect its monopoly, killing innovation and choice. It tracks us almost everywhere we go on the web and, through our smartphones, even where we go in the real world. It uses this intimate data hoard to figure out how to addict us and our children to its services. And then Facebook serves up everything about us to its true customers — virtually anyone willing to pay for the ability to convince us to buy, do, or believe something.”

“And it is spending millions on corporate lobbyists, academics, and think tanks to ensure no one gets in their way,” the campaign ironically notes, as Axios reports the groups will be running a “six figure digital ad offensive” that started on Monday.

The advertisements, Axios noted, will be running on Facebook, as well as Facebook’s competitors, such as Twitter.

The campaign pleads for the FTC to break up Facebook in order to make it “safe for our democracy.”

Despite the draw of the campaign being that it calls Facebook a monopoly, a researcher for the Open Markets Institute, told Slate, “It’s not quite for us to make the determination as to exactly what law or part of the law Facebook violated.”

Facebook has disputed the idea that it is a monopoly. A representative told Axios, “The average person uses eight different apps to communicate and stay connected.”

The anti-Facebook movement also appears to span across religious divides. Jewish Voice for Peace, known for its anti-Israel activism, also signed on as one of the Freedom From Facebook partners. The organization has even been condemned by the Anti-Defamation League for how it “intentionally exploits Jewish culture and rituals to reassure its supporters that opposition to Israel does not contradict Jewish values.”