Sony Pictures Classics is releasing a new film starring Peter Fonda as scheduled – following the actor’s tweet threatening to “rip” the president’s 12-year-old son “from his mother’s arms” and place him in a “cage with pedophiles.” Not everyone has been so lucky after other obscene tweets (think: Roseanne Barr).

Then again, since the 2016 presidential election, Sony Pictures employees have favored Democrats with their major contributions — nearly 100 percent of the time. 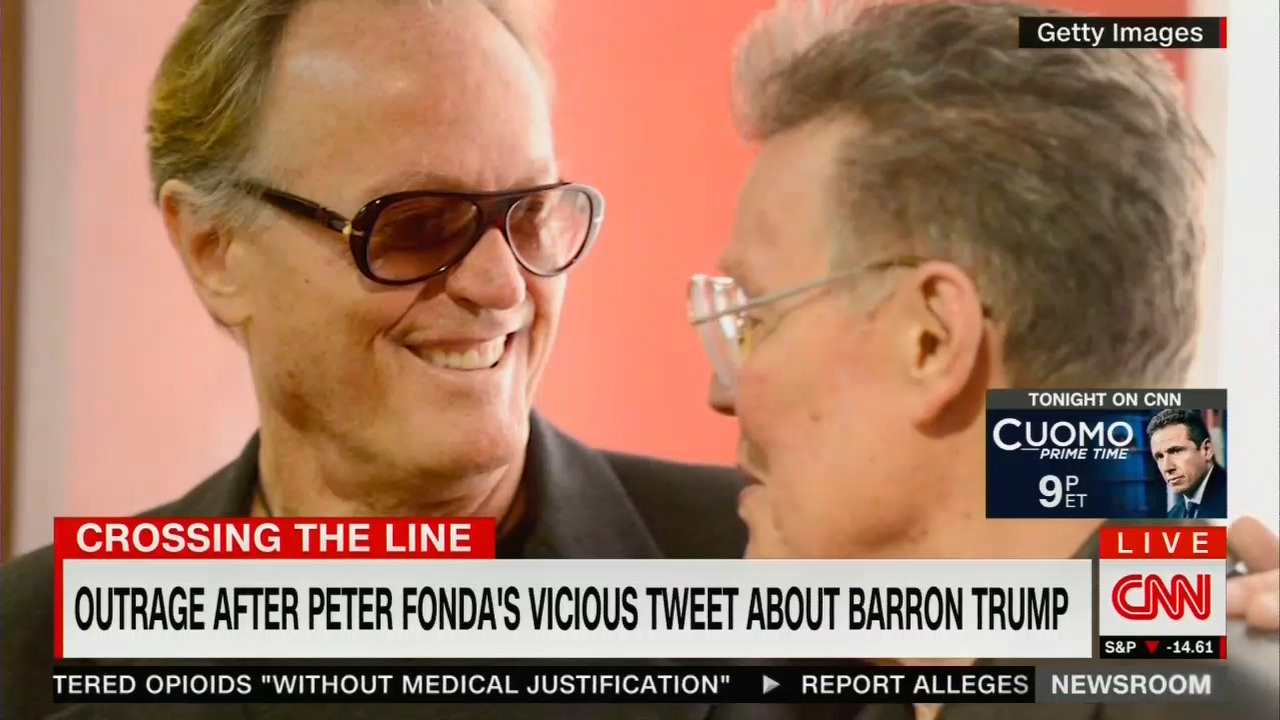 Since November 8, 2016, employees of Sony Pictures have donated $190,600 to Democratic candidates or left-learning organizations, according to data from The Center for Responsive Politics (CRP). No one listed as an employee, in that time frame, gave to Republican candidates or right-learning groups.

MRC only counted donations of $1,000 or more. More than $100,000 of the $190,600 in donations came from Tom Rothman. That’s the name of the chairman of Sony Pictures Entertainment Motion Picture Group.

While the Los Angeles Women's Giving Collective has contributed some to Republican federal candidates (16%), it has given far more to Democrats (84%) for the 2018 cycle, according to CRP data. It only lists Democratic women senators under “our candidates” online.

Sony Pictures and Sony Pictures Classics representatives did not comment by time of publication on whether or not this could impact the decision to release Fonda's new film after his tweet threatening Barron Trump.

"We should rip Barron Trump from his mother's arms and put him in a cage with pedophiles and see if mother will will stand up against the giant a--hole she is married to,” Fonda wrote in a tweet the Secret Service is now aware of. “90 million people in the streets on the same weekend in the country. F---."

He apologized Wednesday, two days before Sony Pictures Classics, a division of Sony Pictures, releases his new movie, Boundaries. While the distributor called the tweet “abhorrent, reckless and dangerous,” it will go ahead as scheduled with the film in which “Mr. Fonda plays a very minor role.”

Sony Pictures Classics has every right to release a new film starring Peter Fonda following his tweet. Americans also have every right to weigh in on its decision.