MRC's Gainor: Media Would Rather Talk Stormy Daniels Than Trump Action Against Russia 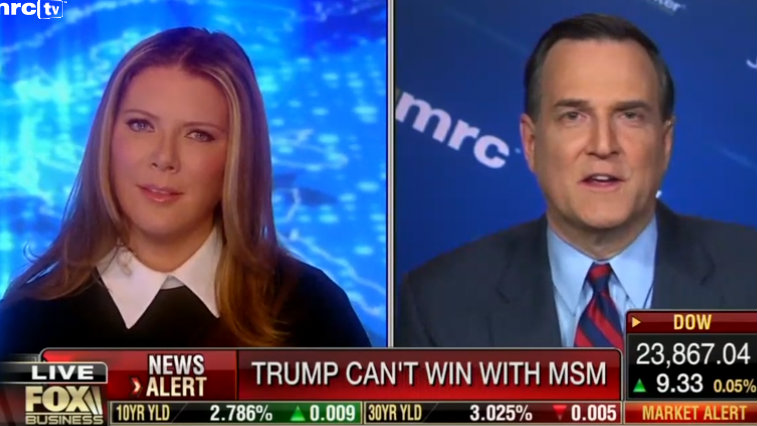 The liberal media have loved to air intense speculation about the possibility of Russian collusion with the Trump administration. It’s been almost non-stop. But when it comes to President Donald Trump’s recent toughness against Russia — expelling 60 diplomats — they’re far less interested.

Dan Gainor discussed the subject on Fox Business Network’s Intelligence Report with Trish Regan on March 28. He pointed out that liberal press would rather focus on Stormy Daniels claims against the president, than on Trump’s actions against Russia.

Regan reiterated a previous guest’s point that the President’s recent action against Russia was “the most aggressive move we have seen since the Cold War, and yet, nobody covers it?”

Gainor replied that lack of coverage of various tough anti-Russia actions was “astonishing.”

“Trump, basically, he kicks Russians out of diplomatic territory. He basically kicks the diplomats out of our country. He sells arms to Ukraine, which Russia invaded in 2014, and then, I love how they downplay the combat between American troops and Russian-backed troops, and Russian mercenaries in Syria ...” Gainor said.

After remarking that the Obama administration was certainly “nicer” to Russia, than Trump had been, Gainor added “Certainly, by any measure, the media should be covering this stuff to balance this out. To say well, you know, maybe there’s not all this much collusion because he’s done all these things.”

An exasperated Regan responded that she was shocked that 60 Minutes, a platform she said “prides itself on its great journalism,” deemed it newsworthy and interviewed Daniels.