Billionaire George Soros donated at least $10.5 million to Hillary Clinton’s 2016 presidential campaign. But the two families are chummy beyond that and they don’t even try to hide it.

Soros’ son Alexander posted a selfie of himself with Chelsea Clinton on his Instagram Story on Tuesday. The photo was taken at the Gordon Parks Foundation June 6 gala, which, according to the website, honored specific “individuals who have enriched our lives.” The younger Soros was one of the honorees.

He captioned the selfie with Chelsea and her husband, Marc Mezvinsky, as a #familyphoto, and thanked them for “enduring the night for me.” 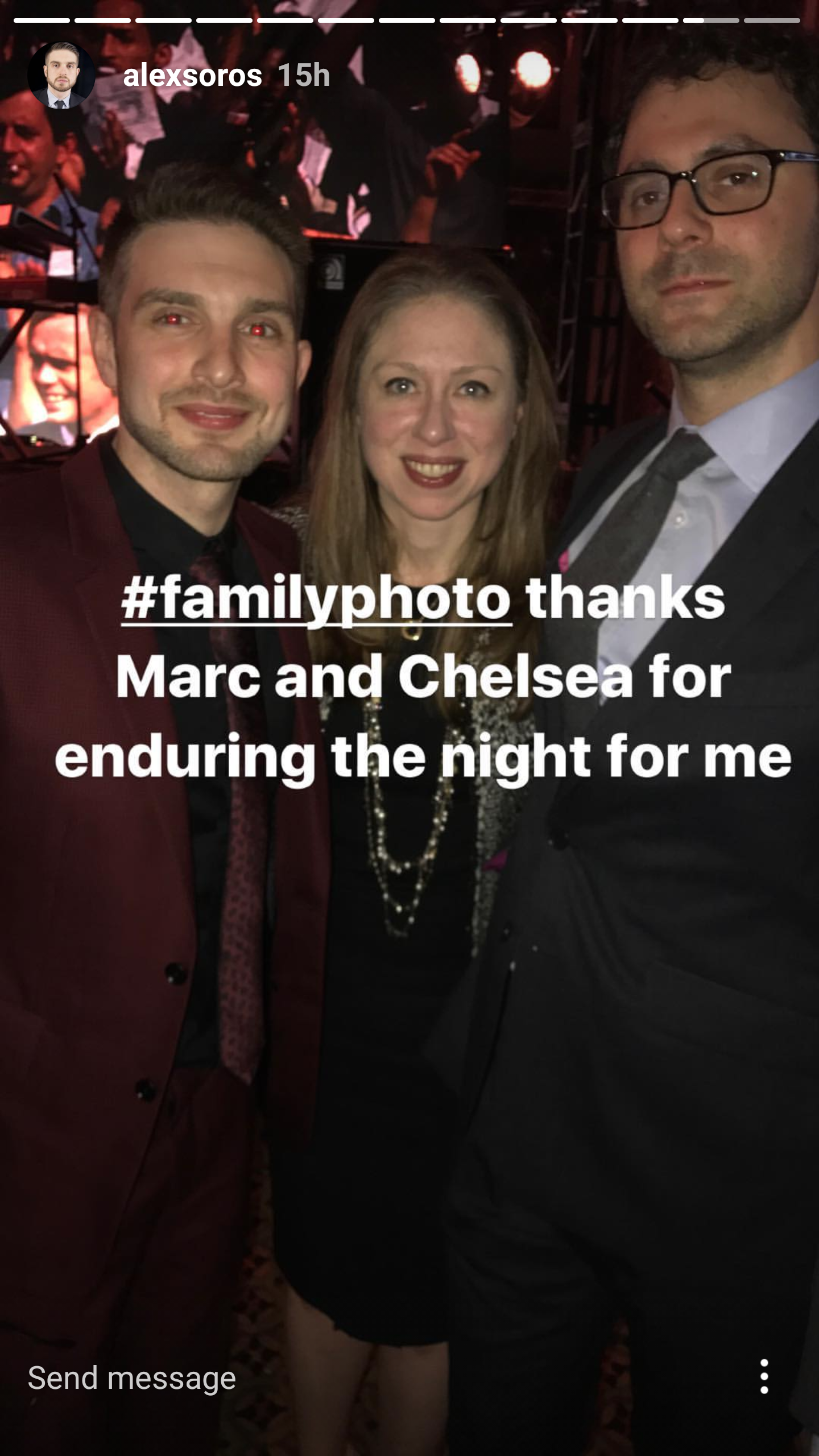 Another photo showed Clinton apparently seated at the same table as Soros. 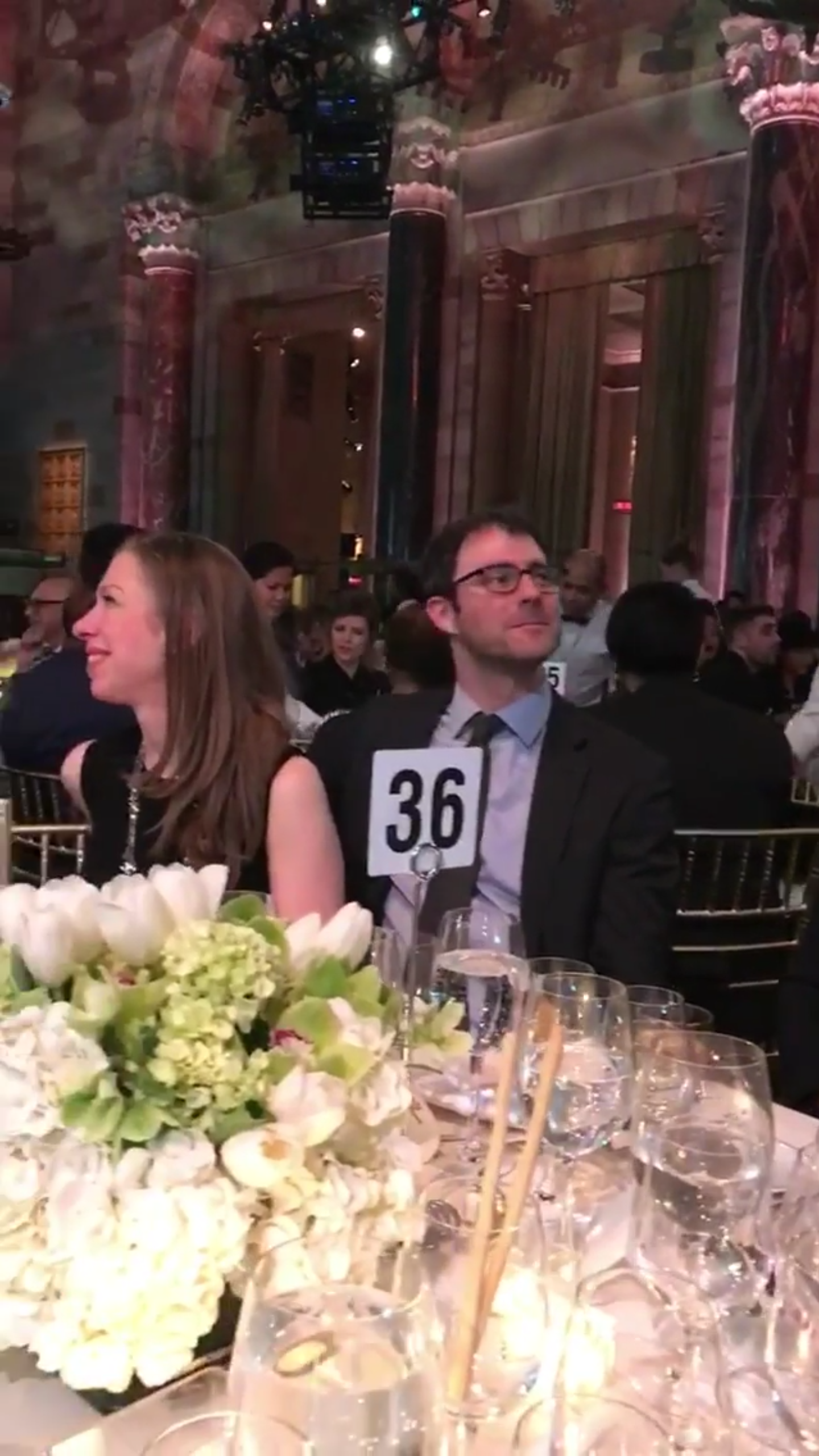 The Gordon Parks Foundation website described Soros’ son Alexander as “the founding Chair of Bend the Arc Jewish Action, an organization championing a progressive domestic agenda focused on inclusion and equality.” But he has only made political donations to liberal causes and candidates. He has generously funded the Democratic Congressional Campaign Committee and Planned Parenthood, as well as Sens. Elizabeth Warren, Al Franken, and  failed presidential candidate Hillary Clinton.

The Alexander Soros Foundation is best known for its support of climate change politics, as well as supporting the legalization of illegal drugs such as marijuana and cocaine.

While the Bend the Arc website describes Soros’ work as that which “promotes civil rights, social justice, and education” by making donations to specific movements, Soros’ Jewish Action gave $21,644 to Planned Parenthood in the 2016 election alone, according to OpenSecrets.

The Gordon Parks Foundation gala hosted celebrities such as Stephen Colbert, Martin Scorsese, Democratic Rep. John Lewis, and former Senior Advisor to Barack Obama Valerie Jarrett. Colbert was a presenter at the function, and introduced himself on stage as “for once, not talking about Donald Trump!” 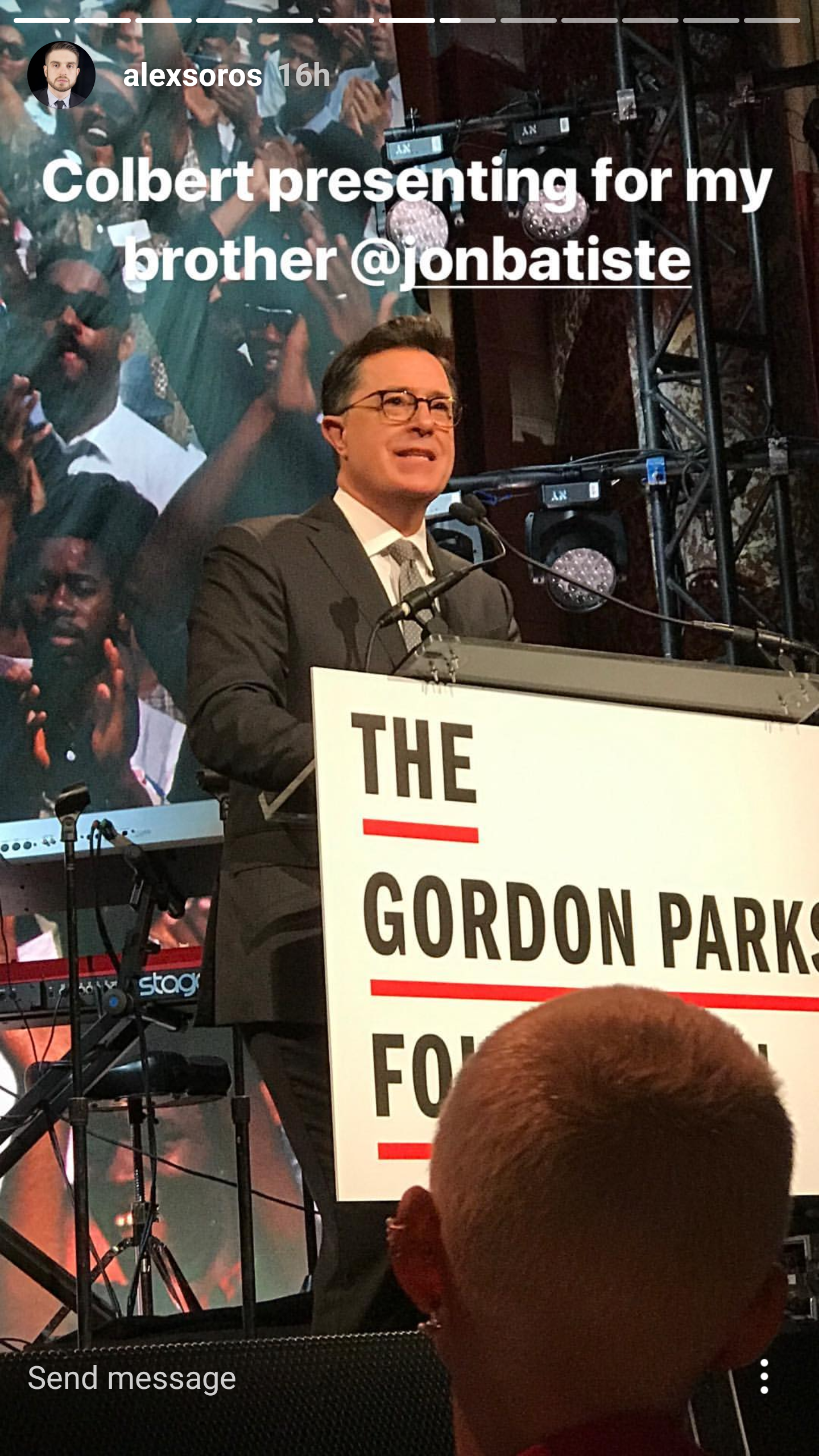 Soros shared additional photos of the evening, including one of Colbert, and a selfie with Clinton’s husband Marc Mezvinsky. Soros captioned the photo #Bannonfavorites, a tongue-in-cheek reference to White House Chief Strategist and former head of Breitbart Steve Bannon. 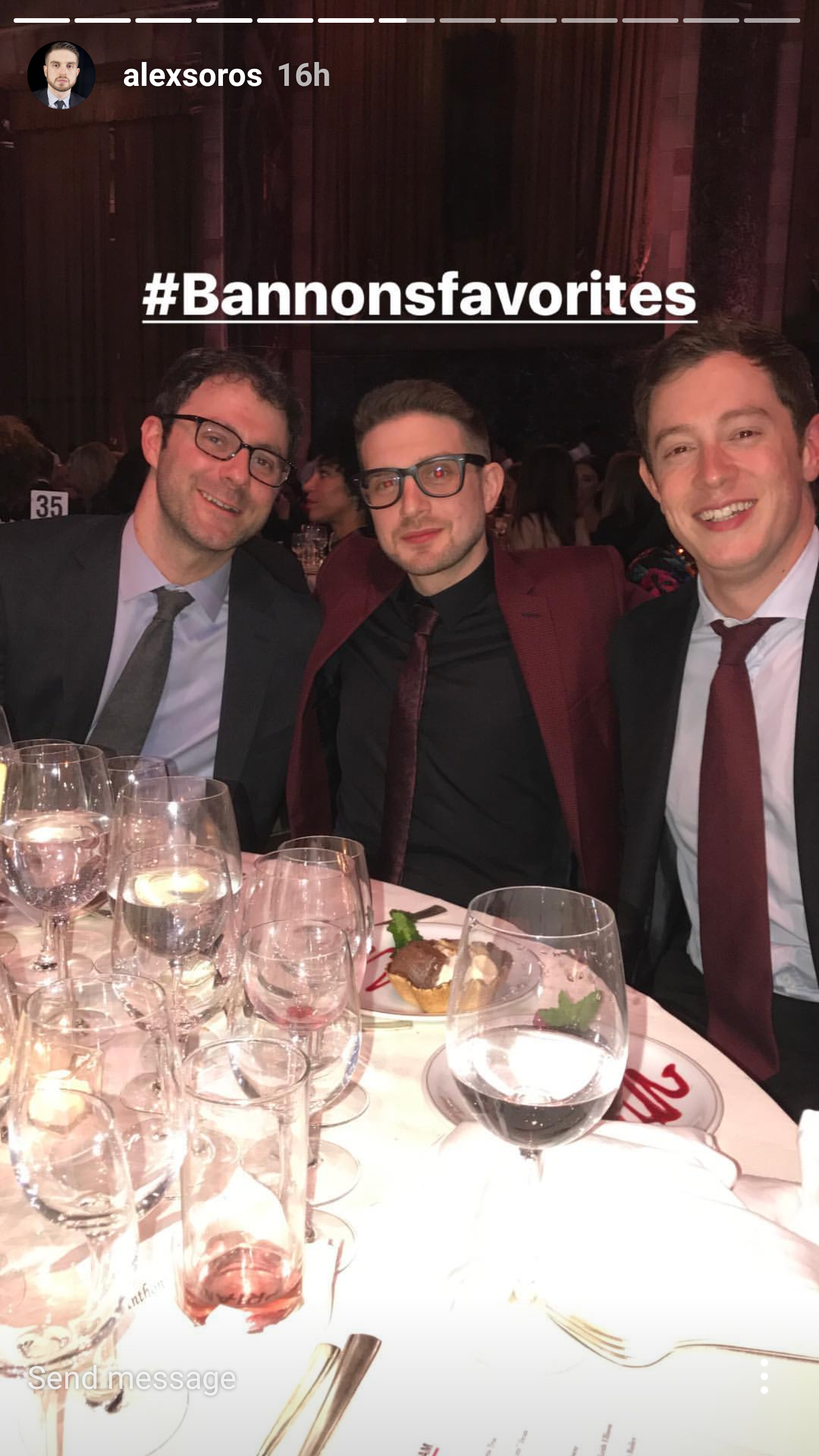