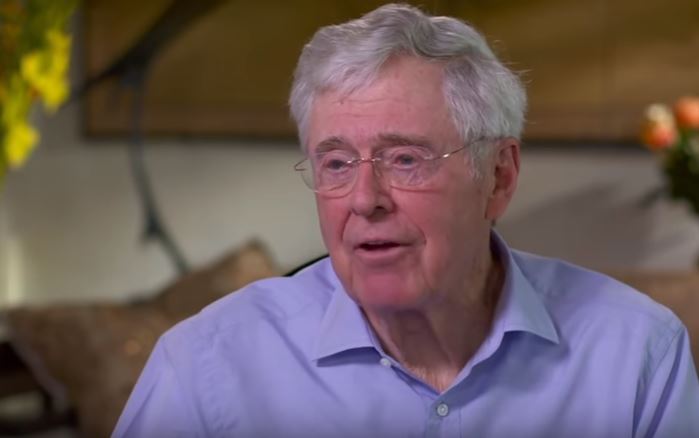 The Washington Post is so against the Koch brothers, it will even oppose their charitable donations to the arts.

“With the planet in peril, arts groups can no longer afford the Koch brothers’ money,” Post art and architecture critic Philip Kennicott claimed on June 5. His “perspective” was part of the Post’s Going Out Guide.

In his view, Charles and David Koch’s donations to the arts were “tainted” because they were “the driving force behind the political movement that has pulled the United States out of the global fight against climate change,” Kennicott wrote.

He also accused the billionaires of inflicting a “moral and intellectual cost” on society by undermining “critical thinking,” “deference to reason and evidence,” “empathy and fellow feeling,” and “a sense that we are connected to other people.”

Kennicott insisted the Kochs “furthered a worldview — based on unreason and selfishness — that undermines the basic good things we assume the arts promote.”

The Koch brothers promote small government and libertarian policies, often upsetting the liberal media. The Kochs refused to back President Donald Trump’s presidential campaign. But the brothers are routinely attacked, especially for touting the benefits of the oil and gas industry.

Falling in line with the regular media attacks against the Koch brothers, Kennicott hyperbolically argued cultural institutions need to take the “politics” of donors like the Koch’s into consideration because “the survival of civilization itself [is] in the balance.”

“It is now time for our arts organizations to distance themselves from forces that undermine the most basic human capacities we need to survive,” Kennicott insisted.

Shouldn’t he be happy the Kochs donated hundreds of millions to art institutions instead of spending all that money on issues he opposes?