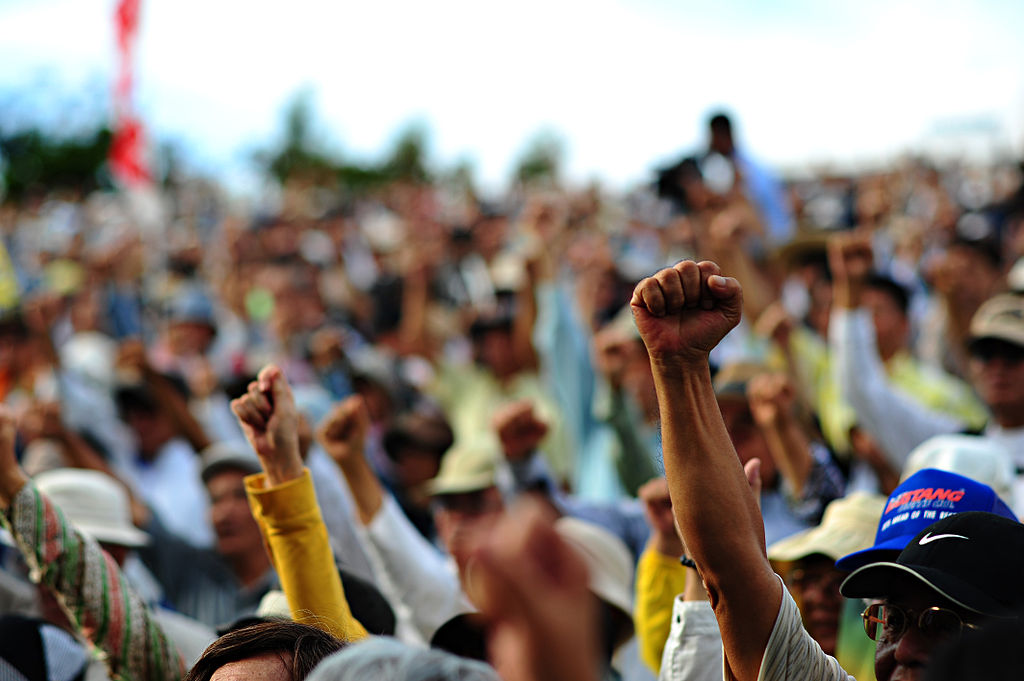 Thousands of people have expressed interest in attending the “March for Science” this Earth Day, but internally the event was fraught with conflict and many actual scientists rejected the march and refused to participate.

Protesters planned to “unite as a diverse, nonpartisan group to call for science that upholds the common good and for political leaders and policy makers to enact evidence based policies in the public interest,” on Earth Day (April 22), the March for Science website stated.

While some scientists support the march, others called it a “terrible idea” and warned it may further enforce the “liberal scientist in ivory tower” stereotype. Liberals themselves were fighting about the march, demanding to know how it would compensate for scientific fields being a “white men’s club.” So far, ABC, CBS and NBC have ignored the left-wing infighting and scientists opposed to the event.

Meanwhile, left-wing climate and environmental groups like 350.org and NextGen Climate partnered with the march. Earth Day Network is also “taking a leading role in staging the march,” according to NPR.

Earth Day Network is also “taking a leading role in staging the march,” according to NPR.

Given the march organizers’ vague goals, the actual purpose of the event remained muddled. Its website listed five goals: “humanizing science,” “partnering with the public,” “advocating for open, inclusive, and accessible science,” “support scientists” and “affirm science as a democratic value.”

In the liberal Atlantic magazine, writer Ed Yong identified at least another 16 goals the march claimed to stand for, either on its website or Twitter.

“Some use language that would not be out of place in a science fair; others use the rhetoric of protests,” Yong wrote, “Many directly contradict statements that the march ‘is not a political protest’ (from its own organizers), or that it is ‘not about scientists or politicians’ (from its own mission page). It is clearly about all of these things.”

Whatever divergent reasons participants gave for marching, many actual scientists opposed the so-called “March for Science.”

Robert Young, a professor of coastal geology at Western Carolina University, called the March for Science “a terrible idea” in a Jan. 31, New York Times op-ed.

“Trying to recreate the pointedly political Women’s March will serve only to reinforce the narrative from skeptical conservatives that scientists are an interest group and politicize their data, research and findings for their own ends,” Young argued.

Young also told National Public Radio he received hundreds of emails from scientists after writing his op-ed, “and the majority agreed with his position.”

“Let’s be clear: The war on science is a war on your prosperity, your security, and your children’s future. And the most dangerous form this war has taken is the war on climate science,” ThinkProgress said in response to Young’s op-ed.

But Forbes columnist Kavin Senapathy echoed Young’s warning. If march organizers “make the mistake of championing a few pet issues, they risk cementing the stereotype of liberal scientist in ivory tower,” she wrote on Jan. 31.

Even University of Maryland physics professor Sylvester Gates told Bloomberg View in March he would not participate in the March for Science. According to Bloomberg, “he warned that such a politically charged event might send a message to the public that scientists are driven by ideology more than by evidence.”

Gates was a part of the President’s Council of Advisors on Science and Technology under President Obama.

Tim Worstall, a senior fellow at the Adam Smith Institute who shares the view climate change is manmade, argued in a Forbes op-ed that the march was not about science at all, but rather “political and economic policy.” Specifically, that climate change scientists (or activists) dislike that their ideal policies do not work economically.

“The complaint which is driving the march isn't about an attack on science at all. Far from it, it's one group of scientists not understanding that the policy they advocate is, by the scientific experts in the policy, considered to be a bad one which should be replaced,” Worstall wrote on April 16.

Left Accuses March of Sexism and Lack of Diversity

Despite numerous warnings from the scientific community, organizers have continued to organize the march. But the planning has been dominated by liberal infighting which ABC, CBS and NBC news shows have completely ignored.

Vox, a liberal online outlet founded by Ezra Klein after he left The Washington Post, claimed the march must reckon with the fact that “science and engineering has been a white men’s club,” and “has long struggled with diversity and inclusion.”

One March for Science organizer, Jacquelyn Gill, left in mid-March because of “resistance to aggressively addressing inequalities,” STATNews reported on March 22. Web consultant Shane Morris quit the organizing committee after a week because he felt the emphasis on diversity undermined the intended message of the event.

STATNews also reported there were “high-profile communication missteps,” and that organizing had been difficult because each affiliated march “has its own Twitter account and planning committee.”

The organizers had many liberal critics, including Australia-based sociologist Zuleyka Zevallos who criticized them for alleged sexism. In a series of deleted tweets, the official Twitter account of the March for Science referred to women as “ladies” and “females” — offending Zevallos.

She later attacked the march for not being political enough, and not focusing more on social justice issues.

“By long maintaining the idea that science and the march are not political, the organizers send a message to underrepresented scientists that the discrimination they face in science is not of concern,” Zevallos wrote on March 17. She also cited a tweet asking scientists to “plz seek organizing guidance from #BlackLivesMatter.”

In spite of the internal bickering, the march is still set to happen on April 22 — Earth Day. And that’s no accident.

According to far-left website Common Dreams “it’s no coincidence that Earth Day, the first anniversary of the signing of the climate agreement and the March for Science are all taking place on the same day, April 22. It is the people’s day.”

The first Earth Day in 1970 directly led to the creation of the Environmental Protection Agency; the very organization whose regulations have choked businesses.

The first earth day was the same day as Vladimir Lenin’s 100th birthday. Although liberals have denied any connection, Lenin himself mandated days of community service to improve the environment every year, on his birthday.