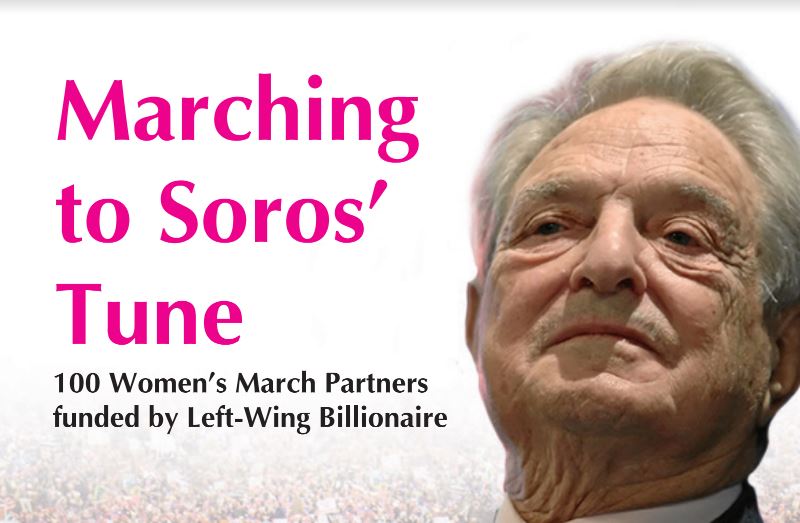 Left-wing women are organizing a strike for March 8, in order to prove their worth and the importance of liberal policy. The Day Without a Woman strike is the latest event pushed by organizers of the post-inauguration Women’s March.

While the Women’s March itself claimed to stand for all women, it celebrated a host of liberal causes from abortion to eco-extremism and 100 of its partners were funded by liberal billionaire George Soros.

Soros didn’t fund the Jan. 21, 2017, march directly. He had already given $246,637,217 to march partners, including some of the most prominent groups battling the right: Planned Parenthood, the Center for American Progress and People for the American Way (PFAW). Those donations represent just a fragment of Soros’ massive global influence. His Open Society Foundations have given away more than $13 billion to push his globalist, anti-American views.

A new Special Report by the Media Research Center’s Business division analyzed the groups involved in the Women’s March and revealed that the march’s most-important supporters were backed by Soros. Key report findings include: