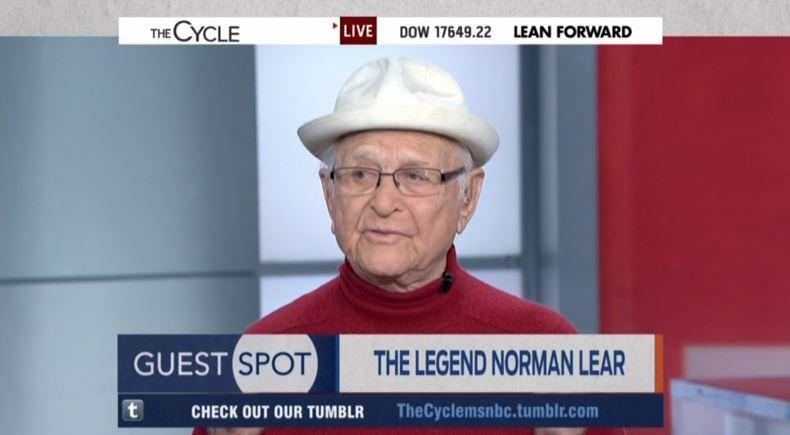 For an op-ed meant to convince Republicans to dump Trump, TV producer and media mogul Norman Lear sure talked a lot about himself.

Lear tried to portray himself as an average, patriotic American in an Aug. 15, guest column in The Hollywood Reporter, but it was all a ruse.

In between discussing his own WWII service, and revealing that he swears at the news, the liberal attacked Republican presidential nominee Donald Trump calling him a “demagogue” and “that human middle finger to the American Way.” Borrowing an iconic phrase from American politics, Lear charged Republican Trump supporters to look in the mirror and ask themselves “Have you left no sense of decency, Sirs?”

But no matter how much he portray himself that way, Lear isn’t just like every other American. His overachieving $50 million net worth aside, Lear has built his life around attacking and belittling conservatives — first with TV shows like All in the Family — and then by founding People for the American Way (PFAW).

PFAW started as a 1980 TV spot arguing that Christianity shouldn’t (and couldn’t) say certain political views were “right” or “wrong.” It has since blossomed into a haven for liberal Hollywood figures attack the so-called “extreme agenda” of the “Radical Right.” 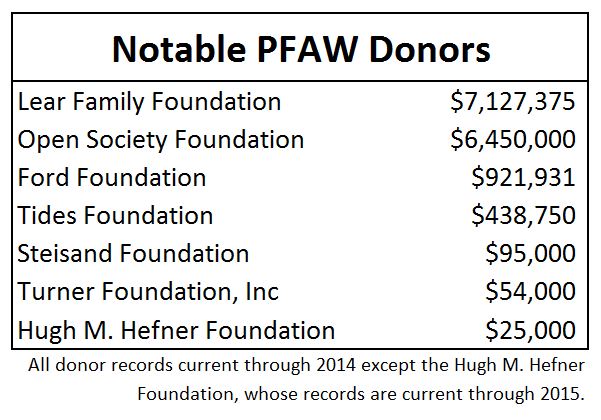 Right Wing Watch also accused HGTV’s Flip it Forward stars David and Jason Benham of being “anti-gay, anti-choice extremist[s].” Thanks to outside media attention, the brothers lost their show.

While Lear is the largest donor to People for the American Way, its agenda also attracted a host of liberal donors including George Soros and the Ford Foundation, as well as celebrities like Barbra Streisand and Hugh Hefner.