Renewable energy is the future, so the greens and the liberal media keep saying.

But it turns out that a solar energy project in Nevada is creating a lethal solar flux that singes, blinds, and even vaporizes birds. So where’s the media outcry? 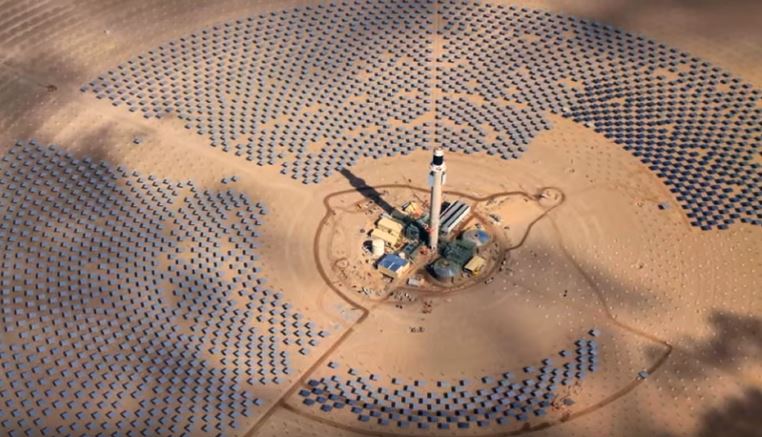 Basin and Range Watch (BRW) is group of volunteers in Nevada and California trying to shield the desert from “industrial renewable energy development” and “energy sprawl.”

Video shows that in early 2015, at least 115 birds disintegrated as they flew into the project’s solar flux during a testing period at the Crescent Dunes Solar Project.The solar flux is a concentrated beam of sunlight reflected off of a series of ground mirrors. Biologists studying the dying birds morbidly nicknamed them “streamers” for the streak of smoke they created as they burned mid-flight, the Los-Angeles Review Journal reported March 9, 2015.

The Huffington Post, Forbes, and DailyMail UK also covered Ivanpah Plant story in August 2014 as well, but since then the media have gone silent.

After the 2015 fatalities, BRW filed a Freedom of Information Act request for data on the bird kills. But BRW claims the BLM “withheld documents that describe how BLM will ensure that the project’s owner, Solar Reserve, will prevent similar bird kills in the future.”

“Once the mirrors are focused on the tower, the brightness and solid structure is enough to deter birds,” Mary Grikas, company spokeswoman for Solar Reserve, told the Los Angeles Review Journal in March 2015. However, BRW feared that the brightness would create another problem; a “lake effect,” where birds see the sky’s reflection in the mirrors and fly directly into the solar flex, thinking it is a body of water.

BRW also speculated that the hot air created by the solar project “could attract golden eagles and other raptors which seek out such thermals for increasing flight height,” and would then be killed in the solar flux. Because these are protected species in the California and Nevada desert, even one of these birds being killed “would be a significant impact.”