Huffington Post: America ‘Dying a Violent Death’ Due to NRA and Other ‘Gun Valorizing Groups’

In the aftermath of tragedies like the horrific murders in South Carolina, people turn to their ministers for guidance. It is hoped that they will receive the wisdom of God, untainted by the political stump speeches of the outside world. Unfortunately, that's not what you're going to get from Harvard ministers writing for The Huffington Post. Jonathan L. Walton, a minister and "Plummer Professor of Christian Morals" at Harvard University, clouded any spiritual message with an anti-gun rant about an "American ritual of blood." 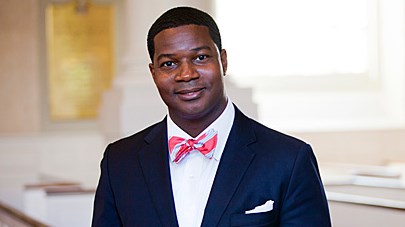 The tragedy at Emanuel harkens back to a painful past for African Americans, but it also represents a cultural pathology of mass shootings and gun worship that targets all communities across racial and religious lines.

He then proceeded to outline the cost of this “gun worship.”

Other than the race of these victims, this latest tragedy cannot be separated from the spate of mass shootings that have become regular occurrences in our country….[T]he twelve murdered movie goers in Aurora, Illinois; the six worshippers inside of a Sikh temple in Wisconsin; the twenty seven teachers and children in Newton, Connecticut;...the five murdered officers and civilians in Las Vegas, Nevada, our nation is paying a high price for our devotion to guns and faith in their capacity to keep us safe.

He concluded his anti-gun sermon with some outrageous charges:

Let's face it. Our nation is dying a violent death, and the National Rifle Association and other gun valorizing groups will be etched across the death certificate. As long as people continue to consider automatic weapons as some sort of divine right, view violent video games as harmless fun, and further dismantle our already lax gun restrictions in the name of "sport," we will be here again soon. Sure the tragic events at Emanuel AME have a historical precedent. But they also represent a sick and twisted blood ritual of mass shootings that are peculiar to this historical moment.

Putting aside the fact that Dylann Roof did not automatic weapons and there no proof that violent video games were a factor in his murderous crime, Walton’s rhetoric towards the NRA and other gun lobbies, and his accusation that the nation has developed a “sick and twisted blood ritual of mass shootings” is as reckless as it is in poor taste.

Ironically, the one thing Walton does not do in his article is exercise his unique capacities a minister to address the crucial issue of man’s estrangement from God and the subsequent evil that comes from it. Instead he just rants against firearms and gun lobbies without ministering to the heart.