Republican presidential candidate and Texas Gov. Rick Perry has signed a pledge from the National Organization for Marriage (NOM) pledging to oppose same-sex marriage and advance a constitutional marriage amendment.

A video of President Barack Obama filmed in the White House and included in a fundraising e-mail sent to supporters is not legal, two election law experts told CNSNews.com.

The video was included in an e-mail sent to supporters of President Obama promoting a fundraising drive that offered participants a chance to win an invitation to dinner with Obama and Vice President Joe Biden.

According to White House visitor logs, President Barack Obama hosted a “DNC event” in the White House on Feb. 25, a Democratic National Committee event that was not on the schedule for that day.

The logs list 16 people, all of whom arrived between 4:00 p.m. and 6:00 p.m. on the afternoon of Feb. 25 for a “DNC Event” held on the State Floor of the White House, a room where foreign dignitaries are entertained.

Top House Democrats are going on the offensive against business consulting firm McKinsey & Company over a study the company conducted that found that significant numbers of employers would stop offering health insurance due to Obamacare’s mandates.

The McKinsey study found that 30 percent of employers would “definitely or probably” stop offering their employees health insurance due to Obamacare’s minimum coverage mandate for employers with 50 or more employees.

‘Too Big to Fail’ May Still Exist Despite Democrats’ Regulations

Christy Romero, the acting Special Inspector General for the TARP bank bailout program, told the House Financial Services Committee on Tuesday that the Dodd-Frank financial regulatory law may not end the “too big to fail” policy and the moral hazard surrounding it.

Testifying before the House Financial Services Committee’s Financial Institutions and Consumer Credit Subcommittee, Romero said that as far as the market is concerned, too big to fail is not dead.

John Bryson, President Obama’s nominee to head the Commerce Department, told a University of California Berkeley audience in 2010 that a cap and trade system was a good way to hide a carbon tax from the public.

Bryson, formerly the CEO of Edison International, said that a carbon tax was the new “third rail” of politics because politicians wouldn’t want to tax energy directly.

Tim Geithner to Grads: Work for the Government!

Treasury Secretary Timothy Geithner said that his advice to young professionals would be that they take time away from their careers to work for the federal government.

Speaking to a gathering of mutual fund advisors in Washington, D.C., on  Wednesday, Geithner was asked what his advice would be to young professionals entering the work force.

At the same time, the group pomoted the use of contraceptives among teenagers and denigrated abstinence-only education.

"There is a major disconnect between what mainstream media portray - casual sex and sexuality with no consequences - and what children and teenagers need - straightforward information about human sexuality and the need for contraception when having sex," the AAP said.

"Television, film, music, and the Internet are all becoming increasingly sexually explicit, yet information on abstinence, sexual responsibility, and birth control remains rare," said the AAP.

The Council on American-Islamic Relations (CAIR) is putting some of the blame on both the Tea Party and the Republican Party for what it sees as a growing tide of anti-Muslim anger.  CAIR officials said the rise in "Islamophobia" stems from the controversy surrounding the Islamic center and mosque that Muslims plan to build a few blocks from Ground Zero.

"We've seen a really strong uptick in Islamophobia recently - primarily sparked by the controversy over the Manhattan Islamic center," Ibrahim Hooper, CAIR's chief spokesman, told reporters at a press conference Wednesday. "We've seen hate vandalism at mosques in California; in Tennessee, we had an arson attack; at a mosque in Arlington, Texas, we had an arson attack; and something that wasn't even reported nationwide, in May we had a bomb attack at a mosque in Jacksonville, Florida," he said.

Hooper said the attacks could be driven by many factors: "The question is, why? Is it tied to the November elections? Is it tied to the rise of the Tea Party movement? Is it tied to the economy?" he asked. "I think it's pretty clear that it's been sparked...by these hate groups and their opposition to the Islamic community center in Manhattan."

The National Institute for Allergy and Infectious Disease (NIAID), a division of the National Institutes of Health (NIH), has awarded $126,000 over the past two years to a University of Washington study that established "web-based sex diaries" for gay males as young as 16.

"The study's second aim is to assess the feasibility of using web-based sex diaries to collect sexual behavior data and to identify the appropriate diary schedule. MSM [men who have sex with men] will be randomly assigned diary schedules and we will compare the frequency of reported behaviors across diary schedules and against the retrospective questionnaire data," the grant abstract states.

The study, titled "The Importance of Early Sexual Experiences Among Men Who Have Sex with Men," seeks to find out if the circumstances under which young homosexuals first engage in homosexual acts impacts their future sexual behavior.

Free enterprise and the American marketplace – not the guiding hand of government – have revitalized the beleaguered automaker General Motors, which expects to announce another profitable quarter, according to GM officials.

President Barack Obama plans to visit a GM plant in Hamtramk, Michigan on July 30, and his administration is linking GM’s return to profitability with the bailout of the old GM the administration orchestrated last summer.

“Just over a year after President Obama made tough decisions to save Chrysler and GM, these companies are returning to profitability, hiring workers, and keeping plants open,” the White House said in a July 23 press release. “And because of the steps the Administration and Congress have taken with Cash for Clunkers and the Recovery Act, the industry overall is strengthening.” 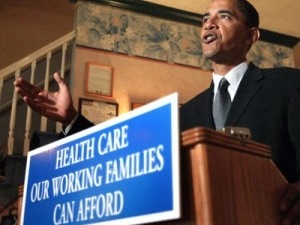 Maryland will join Pennsylvania as the second state to use federal tax dollars to pay for abortions under the new health care law signed by President Barack Obama in March, according to information released by Maryland’s State Health Insurance Plan.

During the debate over the health-care bill, President Obama delivered a speech to a joint session of Congress, saying: “Under our plan, no federal dollars will be used to fund abortions.” 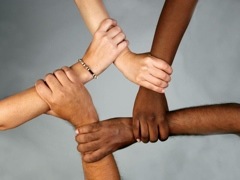 The financial regulations package recently passed by the House of Representatives would create a new diversity overseer at each of the major federal financial regulatory agencies, including the new ones created by the legislation itself.

This new office, called the Office of Minority and Women Inclusion, would take over from any existing diversity or civil rights office already working at the agencies in question.

It would also be responsible for making sure that each of the major federal financial regulators is hiring enough minorities and women, and contracting with enough minority-owned and women-owned businesses.

However, each individual diversity czar is responsible for defining exactly how many minorities, women, and minority- and women-owned businesses are satisfactory.