Founder and president of the Media Research Center, Mr. Bozell runs the largest media watchdog organization in America. Established in 1987, the MRC has made “media bias” a household term.

He is the author of the books Collusion: How The Media Stole the 2012 Election And How to Stop Them From Doing It In 2016 (with Tim Graham), Whitewash: What the Media Won’t Tell You About Hillary Clinton, but Conservatives Will (also with Tim Graham), and Weapons of Mass Distortion: The Coming Meltdown of the Liberal Media.

He is also the chairman of ForAmerica.

Bozell Column: The Private Interests of the Press 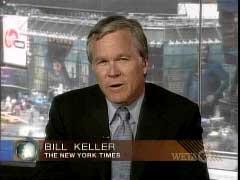 Editors of the New York Times, along with their allies in journalism, are defending the publication of anti-terrorism programs by declaring their actions to be in the “public interest,” making them a watchdog against what they view as excessive government power and secrecy. But the tables need to be turned. What about excessive media power and secrecy?

Bozell Column: Dan Rather In History

With Katie Couric lounging in the wings, Dan Rather is now expendable, and the suits at CBS News are squeezing him out of his last remaining gig on "60 Minutes." This has caused great distress for those who like their news to look like a long commercial for MoveOn.org, which is to say, the Dan Rather fan club.

Bozell Column: No TV Time For Heroism And Victories

Our media today seem absolutely allergic to good news, especially when it comes to .

In the early morning of June 8, the story broke that American forces had killed Abu Musab al-Zarqawi, our most infamous terrorist enemy in . This was terrific news, a time for rejoicing in . A man who viciously caused the death of thousands, and killed Americans like Nicholas Berg by personally sawing off their heads, would kill no more.

This should have been a time for national euphoria, and for most, it was. But the media’s hearts clearly weren’t in it. Within just a few minutes of the “Today” show announcement, a viewer could draw the clear sense that the poor-mouthing had begun. Matt Lauer began by noting the “timing” was certainly right for a Pentagon dragged down by allegations of a Marine massacre at Haditha. NBC invited Sen. Joe Biden to describe how President Bush has been “basically crippled at home and abroad because of the incompetence of the way his administration has operated at home and abroad.” We’re going to discuss Bush incompetence – minutes after we learn Zarqawi was located and eliminated?

In Washington/>/> these days, all eyes are directed to the White House as literally the center of the political universe. President Bush’s job approval rating is the benchmark by which the left measures his clout – and by contrast, its own. When he is brought low, it means they are having a good year.

Bozell Column: Hillary's Not A Centrist

By Brent Bozell | May 31, 2006 8:47 AM EDT
There are days when you get up and stare at the front page of the newspaper and you just have to put the paper back down. May 30 was one of those days. After escaping for the long Memorial Day weekend, one returns to the real world Tuesday morning.

The Dixie Chicks and their marketing gurus clearly know publicity. They asked themselves: How can we get ourselves featured on the cover of Time and hailed on CBS’s “60 Minutes” just before the new CD comes out? Easy. Trash George W. Bush again.

Bozell Column: No Passion Against the 'Da Vinci Code'

When Mel Gibson introduced "The Passion of the Christ" into the public conversation, Hollywood had a lot to say about it. Now Hollywood is offering its response with the upcoming release of "The DaVinci Code," inviting commentary not on that movie, but on Hollywood itself.

You may want to look fast, but the Democratic National Committee’s website still has a “Republican Culture of Corruption” page, implying that by installing the Democrats back in the congressional majority, we’ll have a virtual monastery of ethical restraint in – with leaders like Patrick Kennedy setting the example.

The Democratic “culture of corruption” charge is taking more of a beating than the traffic barricade that introduced itself to Congressman Kennedy’s car last week. ABC, CBS, and NBC all devoted some serious air time to the story, and the fact that Capitol Police supervisors waved off a sobriety test and protectively took the son of Ted Kennedy home.

It could be argued that by Friday, May 5, the network attention to young Mr. Kennedy was historic. Pundits and academics have spent the last twenty years lamenting that the networks can’t seem to give presidential candidates more than about seven seconds a clip in soundbites. Now ABC gave Kennedy an amazing 60 seconds to read his statement announcing he was returning to the Mayo Clinic for rehabilitation. Even that wasn’t enough for NBC. This network gave him a two-minute soundbite. 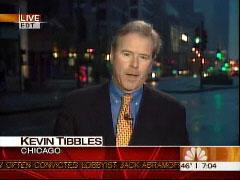 A few weeks ago, the pollsters for NBC and The Wall Street Journal asked this question: "If thousands of immigrants in the U.S.

The recent unveiling of the Pulitzer Prizes had more of the same politicized whiff that the Oscars oozed earlier this year. Merit is taking a back seat now to "edginess" in both the news and entertainment media. "Speaking truth to power" is in vogue, even if it’s not true and even if it’s not in the public interest.

Sometimes they just can’t contain themselves. 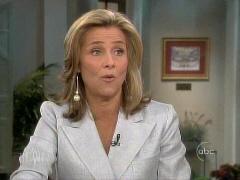 Poor John Green. The executive producer of ABC’s weekend “Good Morning America” broadcasts got a month-long involuntary vacation after his private e-mails were exposed saying “Bush makes me sick,” and that former Secretary of State Madeleine Albright has “Jew shame.”

The Washington Post isn't very good at hiding its feelings about abortion when it lets its political reporters profile the Washington elite in their Style section. The latest example was a star turn for Cecile Richards, the new leader of Planned Parenthood. By gum, she's a lovable, open, down-to-Earth girl, the perfect soccer mom -- who also just happens to run a chain of abortion factories. 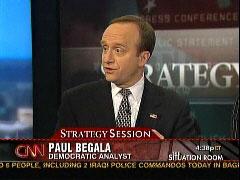 To mark the third anniversary of launching the war to depose Saddam Hussein, the manufacturers of the “news” have established their usual template, Realistic Media vs. Pollyanna Bush. It’s not pessimism versus optimism, but reality versus hallucination.

Will former White House reporter Helen Thomas ever go away? She's now written up a jeremiad perpetuating the myth that our media are mere whimpering lapdogs of Bush, tinny arfs all around. She hones in on that old, diseased chestnut that the liberal media went all soft in the "rush to war" in Iraq.

Helen's harangue appeared in the appropriate platform: The Nation magazine, which advertises on its website the slogan, "If you think it's time to impeach Bush, then it's time for you to subscribe to The Nation."

Katie Couric Vs. Those Controversial Catholics 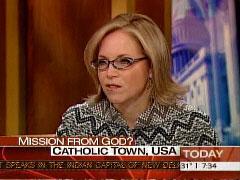 You’d think Katie Couric would aspire to be an anchorwoman for all the American people, now that CBS appears to be wooing her for the Throne of Rather. So why did she have to be so rough on Thomas Monaghan, the founder of Domino’s Pizza, for being a Catholic?

By Brent Bozell | March 1, 2006 12:12 AM EST
Objectivity shows up in the funniest places on TV news. Take, for example, the latest taped message from Osama bin Laden, where the architect of 9/11 spits in America’s face by comparing the "criminality" of the American military to that of Saddam Hussein. The TV networks repeated this robotically, without comment. Far be it from them to pass judgment.

On the morning shows, they merely passed along Osama’s message of moral equivalence, reading it with no attempt to rebut it, rethink it, or reject it.

By Brent Bozell | February 23, 2006 4:29 AM EST
Time and Newsweek put Dick Cheney’s hunting accident on their covers this week, a dying story already eight days old. The shooting victim, Texas lawyer Harry Whittington, went home after apologizing for all that Cheney had to go through, meaning the thoroughly juvenile media frenzy that followed.

Time and Newsweek no doubt imagined Cheney delayed alerting the press until Sunday so that they couldn’t put him on their Earth-changing covers last week. We’ll show you, they said, fists shaking at being so obviously dissed.

By Brent Bozell | February 15, 2006 12:32 AM EST
Once it was clear that the man sprinkled with birdshot would survive, Vice President Cheney’s hunting accident was widely expected to become a late-night comedian’s bonanza, a frenzy like Wal-Mart shoppers scrambling for $29 DVD players.

As “Today” replayed the comedian clips on Tuesday, NBC’s Matt Lauer asked, “Had a feeling that was coming, didn’t you?” Katie Couric replied: “Well I mean when you heard the story you just knew they were gonna go crazy with it, so they did.”