Amanda Marcotte: Right-Wingers Are Promoting Revenge Against the Nerds

A specter is haunting conservatives, suggests Amanda Marcotte –- the specter of nerdiness. In a Wednesday article for AlterNet, Marcotte blasted the right’s supposed resentment of "things like evidence, rationality, and empiricism," as expressed in forums such as a recent National Review cover story critical of what its writer called America’s "extraordinarily puffed-up 'nerd' culture." In other words, black males whom conservatives dislike apparently include not just Barack Obama but also Steve Urkel.

Marcotte believes that the right has targeted nerds because their ideas "are a direct threat to the corporate and religious authorities who rightfully fear that evidence and reason could hurt [right-wingers’] profits and their hold on power." From Marcotte’s piece (emphasis added):

You can imagine the field day the media would have with this photograph were it President Bush delivering a lecture to Russian president Vladimir Putin over the Ukrainian crisis.

Earlier today, Fox News reporter Bryan Cole, snapped an photo of the president delivering remarks from a podium in a Washington, D.C., elementary classroom. The podium was resting atop a blue oval rug with the letters of the alphabet around the edge [see below page break for image]. After Mark Knoller of CBS radio tweeted about it, our friends at Twitchy had fun lampooning the president, among other folks in the conservative blogosphere.

Via Drudge, it's the end of an era, so give us a fitting caption for this photo. Keep it clean, people. 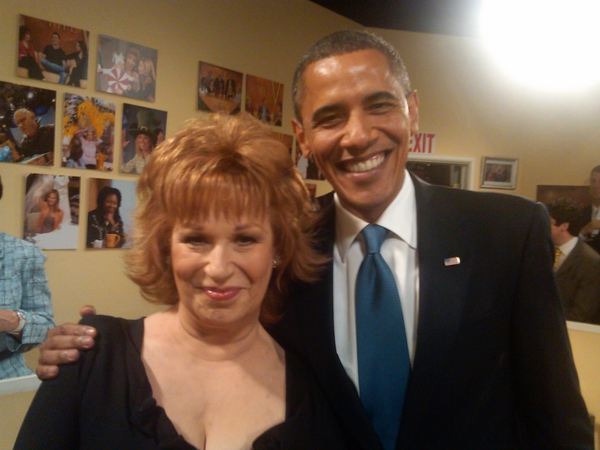 As NewsBusters reported Monday, Barack Obama is taping a segment with the ladies of "The View" today to be aired on ABC Thursday.

Moments ago, Joy Behar tweeted this picture taken of her and the President from "The View's" Green Room.

Captionfest: Katie, Bill, and Wolf at the World Cup Edition

Below is a photo of CBS "Evening News" anchor Katie Couric and CNN's Wolf Blitzer hanging out with President Bill Clinton at the World Cup last Saturday. Couric posted a link to the photo from her Twitter account, where she noted that "Clinton's people invited [her] to [the U.S. vs. Ghana] game last minute." 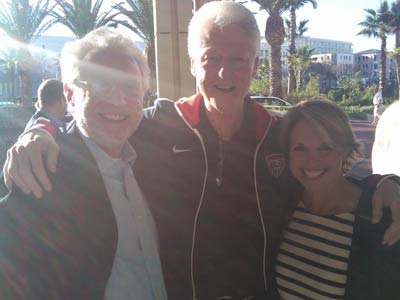 Couric's original caption reads, "One more photo from Saturday at the World Cup..." 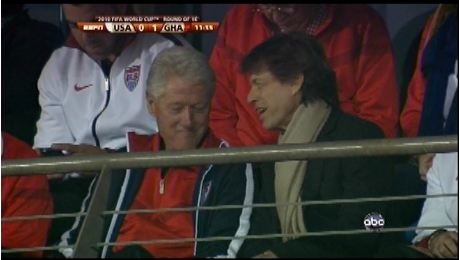 At least, the American Left's favorite, according to Newsweek's Katie Connolly in her March 30 "Web exclusive" entitled, "Say It Just So, Joe: Liberals love Joe Biden because he keeps things interesting in the White House." 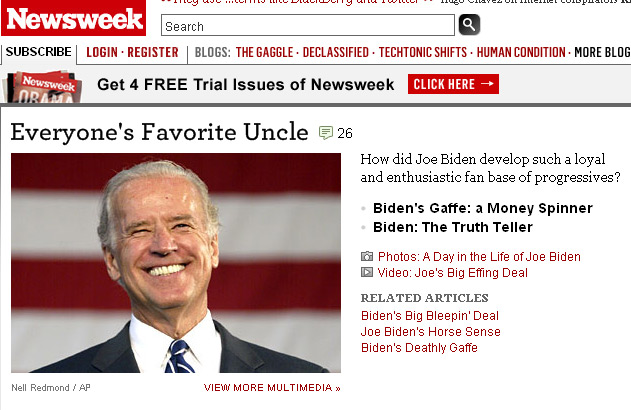 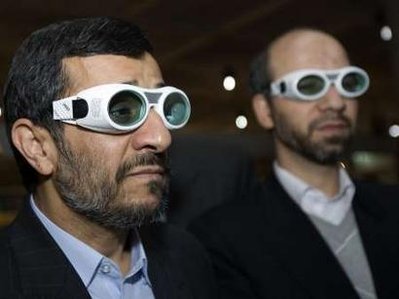 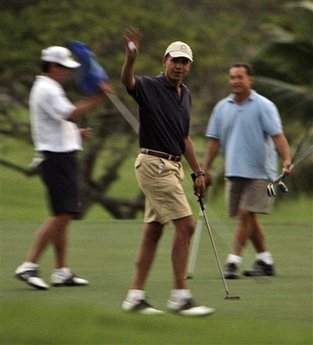 A special captionfest thanks to a photo from the Mobile [Ala.] Press-Register, via al.com (h/t NB intern Mike Sargent):

Original caption: "A passing motorist's photo shows the unfortunate juxtaposition of three of WPMI-TV's on-air personalities with a Twitter headline stating that three people have been arrested in a gang rape case."

A special Captionfest, inspired by Gawker, which today published photos it says are of Katie Couric from a September 5, 2006 party celebrating Couric's first spin behind the anchor desk for the CBS "Evening News." 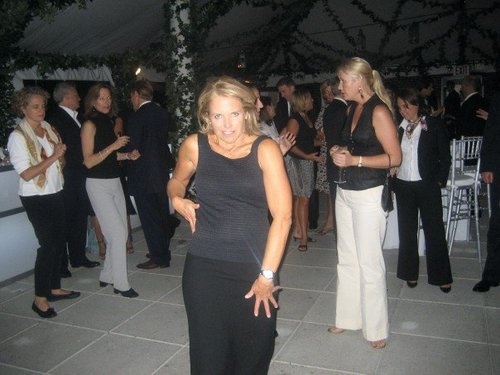