In recent weeks, the media have focused a lot of attention on anti-Obama signs showing up at town hall meetings and Tea Parties from coast to coast.

Without a doubt, some of them cross the line of decency.

However, the press's outrage is quite different than what happened when protesters carried offensive signs threatening former President George W. Bush. 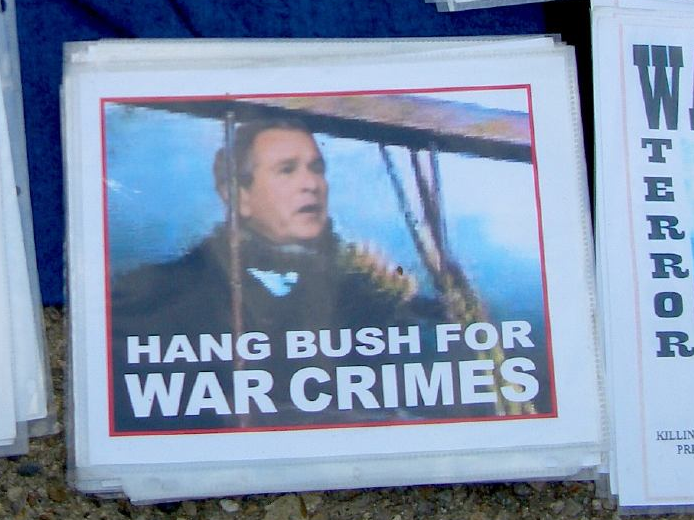 To refresh the memory of the conveniently amnesiac news media, Zombietime dug up a number of posters from demonstrations past which didn't garner the press's ire like those harped on in recent weeks (readers are warned to proceed with caution, h/t Walt Gilbert): 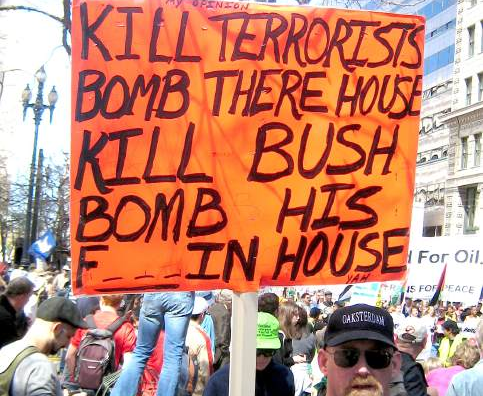 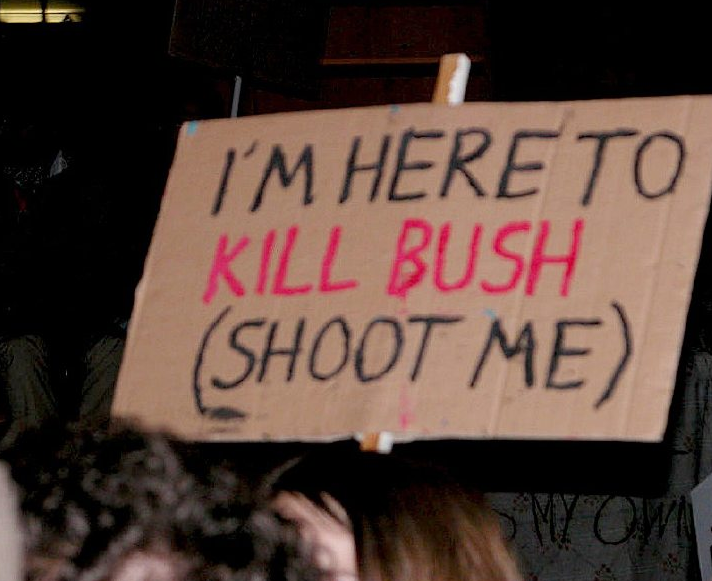 A protester with a sign saying “Kill Bush” and advocating that the White House be bombed, at the March 18, 2007 anti-war rally in San Francisco.
(Source: zombietime.)

“Bush is the disease, Death is the cure,” says this protester at an anti-war rally in San Francisco.
(Source: People’s Cube.)

Remember the guy in our first picture? Here he is again, with another explicit death threat against the president, this time calling for “Death to…Bush” at the October 27, 2007 anti-war rally in San Francisco.
(Source: zombietime.)

Bush being beheaded by a guillotine, at an Obama campaign rally, Denver, October 26, 2008.
(Source: Looking at the Left.)

An effigy of Bush being killed, at the April 10, 2004 anti-war rally in San Francisco.
(Source: zombietime.)

Bush being burned in effigy, at a November 3, 2004 post-election anti-Bush rally in San Francisco.
(Source: zombietime.)

Bush being lynched by an American flag at a rally in New York on September 19, 2006.
(Source: Fred Askew Photography.)

That is just a sampling. Readers and media members are urged to view more of Zombietime's pictures to remember what was considered an acceptable demonstration of free speech less than eight months ago.

Press members are highly encouraged to ask themselves, "What's changed, and why?"