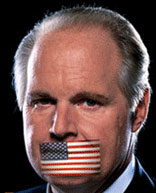 Liberal Democrats and their allies on the Left are eager to restore the "Fairness Doctrine," which would empower the FCC to regulate the content of broadcast media, including talk radio. Besides their addiction to government regulation, the Left may be remembering "the good old days" where they used the "Fairness Doctrine" for partisan advantage in the 1960s.

Former CBS News President Fred Friendly, in his 1976 book The Good Guys, The Bad Guys and the First Amendment, wrote about the Democrats' organized campaign to use the "Fairness Doctrine" to derail conservative radio. Friendly's account was summarized by the CATO Institute's Thomas W. Hazlett and David W. Sosa in their 1997 paper Chilling the Internet: Lessons from FCC Regulation of Radio Broadcast.

The key excerpt from the Hazlett and Sosa paper:

In 1962 President Kennedy's policies were under sustained attack from conservative broadcasters across the country. Of particular concern to the president were vocal right-wing opponents of the nuclear test ban treaty being considered by the Senate at the time. The administration and the DNC seized upon the Fairness Doctrine as a way to "counter the radical right" in their battle to pass the treaty. The Citizens Committee for a Nuclear Test Ban Treaty, which was established and funded by the Democrats, orchestrated a very effective protest campaign against hostile radio editorials, demanding free reply time under the Fairness Doctrine whenever a conservative broadcaster denounced the treaty. Ultimately, the Senate ratified the treaty by far more than the necessary two-thirds majority.

Flush with success, the DNC and the Kennedy-Johnson administration decided to extend use of the doctrine to other high-priority legislation and the impending 1964 elections. Democratic Party funding sources were used to establish a professional listening post to monitor right-wing radio. The DNC also prepared a kit explaining "how to demand time under the Fairness Doctrine," which was handed out at conferences. As Bill Ruder, an assistant secretary of commerce under President Kennedy, noted, "Our massive strategy was to use the Fairness Doctrine to challenge and harass right-wing broadcasters in the hope that the challenges would be so costly to them that they would be inhibited and decide it was too expensive to continue."

By November 1964, when Johnson beat Goldwater in a landslide, the Democrats' "fairness" campaign was considered a stunning success. The effort had produced 1,035 letters to stations, resulting in 1,678 hours of free airtime. Critical to the campaign was the fact that much of the partisan commentary came from small, rural stations. In a confidential report to the DNC, Martin Firestone, a Washington attorney and former FCC staffer, explained,

"The right-wingers operate on a strictly cash basis and it is for this reason that they are carried by so many small stations. Were our efforts to be continued on a year-round basis, we would find that many of these stations would consider the broadcasts of these programs bothersome and burdensome (especially if they are ultimately required to give us free time) and would start dropping the programs from their broadcast schedule."

If liberals succeed in restoring the Fairness Doctrine, history would likely repeat itself. Instead of the “Citizens Committee for a Nuclear Test Band Treaty,” organizations like MoveOn.org and CAIR (who already has a track record of pressuring conservative talk shows) would doubtless demand “free reply time,” and the dominance of conservative talk radio, which has been driven by real demand and market forces, would be put into a deep freeze.