Patriotism is the last refuge of a scoundrel, Samuel Johnson famously observed. And the courts become a desperate refuge for liberals after they lose an election, political observers inevitably witness.

Practically as soon as "controversial" Court of Appeals Judge Alex Kozinski was introduced on Sunday's 60 Minutes by reporter Lesley Stahl, you could see her pitch coming.

In a filing last month, Kozinski and four other judges on the Ninth Circuit ruled in favor of President Trump's original ban on travelers from seven Muslim majority countries, stating that his decision was "well within the powers of the presidency."

STAHL: There are those who believe that today, with the White House and Congress under Republicans, that it is incumbent upon the court system to do double-duty, to be the great balancer against perhaps overweening power.

There are those who believe, such as everyone I work with and all of my friends ...

KOZINSKI: That's certainly not our job. We are there to protect against abuses, but we're not there to be a political counterforce.

STAHL: But what happens when two branches are in one hand?

KOZINSKI (patiently explaining how democracy works): If they are both in the same hands, it means that the country, the people, want to move in that direction. I don't think it's the job of the judiciary to stand in the way.

STAHL: But do you feel an increased tension ...?

Seeing how those two branches are in the wrong hand ...

KOZINSKI: It's not that unusual for presidents to take strong positions on cases decided by the courts. But you know, Lesley, that's why the Constitution wisely gave us life tenure. They can talk about us, but they can't remove us. 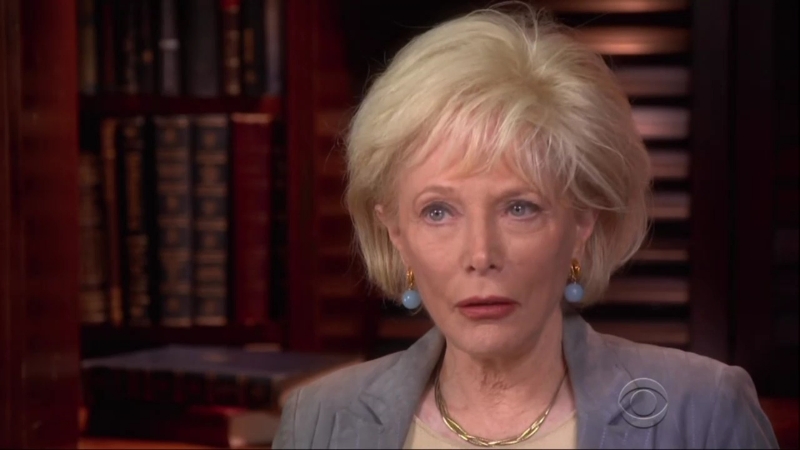 Yes indeed, "what happens when two branches are in one hand," Stahl asked, alluding to Republicans controlling both Congress and the White House. But such dominance is hardly unusual. Back after the 2008 election and until the 2010 midterms, it was Democrats who held the presidency and both chambers of Congress -- and the latter with bigger majorities than wielded by Republicans now.

And you know what happened then? Lesley Stahl was given not one, not two, but three opportunities to ask top Democrats if they were concerned about one party controlling two branches of government. Stahl's first potential bite at the apple came with a flattering though occasionally feisty interview with House Financial Services Chairman Barney Frank in December 2008. Several months later, Stahl profiled Vice President and "Schmoozer in Chief" Joe Biden, with President Obama dropping by several times to weigh in. Go figure, questions about tension and lack of balance somehow never came up.

Then again, why would Stahl be so inclined under the circumstances? Because to the left, Democrats controlling government is the natural order of things, not cause for alarm or a reason to ask probing questions.