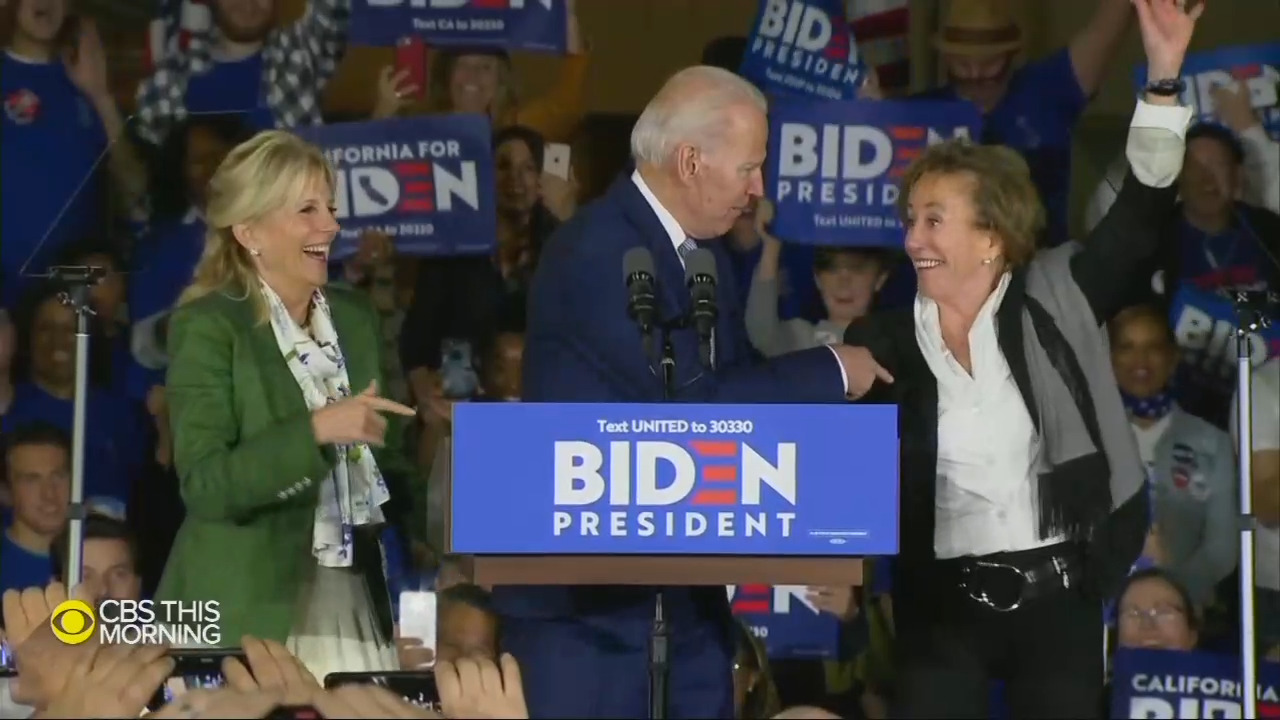 This week Joe Biden emerged as the Democratic frontrunner as he started consolidating his liberal base, including his allies on the ABC, CBS, NBC evening and morning shows – who continue to cover-up his blunders and gaffes.

In just the last few days Biden botched an attempt to recite the Declaration of Independence and confused his wife with his sister.

MRC analysts looked at the Big Three evening and morning shows (March 2 evening - March 5 morning) and found only CBS This Morning (59 total seconds) reported on the latest Biden bloopers. Even then, they just relegated them to in their “Eye-Opener” montage. The CBS Evening News joined ABC and NBC in completely skipping the frontrunner’s faux pas.

At a campaign stop on March 2 Biden garbled the opening lines to one of America’s founding documents and called Super Tuesday “Super Thursday.” The Washington Examiner reported:

“2020 Democrat Joe Biden stumbled over his words as he attempted to recite the Declaration of Independence ahead of Super Tuesday. ‘We hold these truths to be self-evident,’ the former vice president said during a campaign event in Texas on Monday. All men and women created by — you know, you know, the thing.’

During the stop, he also accidentally referred to Super Tuesday as ‘Super Thursday’ before correcting himself. The Declaration of Independence reads: ‘We hold these truths to be self-evident, that all men are created equal, that they are endowed by their Creator with certain unalienable Rights, that among these are Life, Liberty and the pursuit of Happiness.’

‘We hold these truths to be self-evident,’ the former vice president said during a campaign event in Texas on Monday. ‘All men and women created by — you know, you know, the thing.’”

On March 3, CBS This Morning devoted 48 seconds to Biden bumbling over the Declaration of Independence, in the following “Eye-Opener” segment:

ABC HOST JIMMY KIMMEL: In Houston, Biden had another senior moment involving the Declaration of Independence.

JOE BIDEN: We hold these truths to be self-evident. All men and women created by – you know, you now, the thing.

BIDEN: You know, you know the thing.

CBS LATE, LATE SHOW HOST JAMES CORDEN: I could do better than that and I’m from the country you declared independence from!

CBS LATE SHOW HOST STEPHEN COLBERT: You know a great man John F. Kennedy once said fourscore and seven and we pledge allegiance to the folks, because in space no one can hear your scream. Yabba Dabba Doo! Where’s the beef? You know the thing!
...
CBS THIS MORNING CO-HOST ANTHONY MASON: Ouch!

CBS THIS MORNING CO-HOST GAYLE KING: All you can do is say okay, okay.

CBS THIS MORNING CO-HOST TONY DOKOUPIL: Yeah we all have moments.

KING: We all do have moments but that was, that was a moment.

MASON: That was definitely a moment.

Then on March 3, after his big Super Tuesday wins, the former Delaware Senator confused his wife with his sister, as reported by The Federalist: “Former Vice President Joe Biden confused his wife for his sister Tuesday night when introducing them on stage as he celebrated big wins in the Super Tuesday primaries across the country. ‘By the way, this is my little sister Valerie!’ Biden said as he grabbed his wife’s right hand. ‘And I’m Jill’s husband,’ he added when reaching for his sister’s.’”

This gaffe (11 seconds) was played (without comment from the hosts) on the March 4 CBS This Morning “Eye Opener” montage. It should be noted that the March 4 Today show played 11 seconds of the awkward visual of Biden reaching his hands out to the wrong people BUT correspondent Kristen Welker talked over the audio and never explained what happened.