Bill Nye on Europe's Jews: If Only They Were More Neighborly

Heck, who cares if the "neighbors" in question have a knife to your throat.

Bill Nye, foppish self-proclaimed Science Guy, appeared on Real Time with Bill Maher this past Friday night and demonstrated why he ought to stick with his true vocation as a global-warming bedwetter.

During a panel discussion on Israeli Prime Minister Benjamin Netanyahu's suggestion that European Jews fearful for their lives should come "home" to Israel, Nye mocked the idea and blamed Jews for not being friendlier to predators who consider it a holy rite to slaughter them --

MAHER: Speaking of which, you know, what about this anti-Semitism that's going on in Europe?

DIRECTOR ROB REINER: It's never gone away, that's the thing. You know, thousands and thousands of years we've had anti-Semitism. It's been lowered, it comes back, we had it, you know, obviously during the Second World War and then all of a sudden we have Germany emerging very liberal and all that.

Compared to the very conservative, uh, national socialism that preceded it ...

REINER: But this undercurrent of anti-Semitism has always been there. Just like racism, it's always there and then it just bubbles up to the surface every once in a while. And it's horrible now.

MAHER: Yeah, I mean, Netanyahu is asking European Jews to come to Israel and ...

NYE (interrupting again): But you never, the people have never been there. They live, grew up in whatever, in Germany or France.

MAHER: It's a shame that they should have to move, uh ...

NYE: Well, they probably won't either, 'cause it's not their home, you know.

Is it just me or does Nye embrace a narrow definition of what constitutes "home"? Apparently it is limited to where you live or where you grew up. The notion of anyone creating a "new home" is apparently beyond his comprehension. Reiner pointed out that Jews living in Europe today have good reason not to feel at "home," as did Jews living in Nazi Germany --

REINER: But you can understand it. There were German Jews that lived in Germany during the Second World War and that was their home. And, you know, at a certain point, you know, if your live is in danger, you want to go to someplace where you're going to be protected. 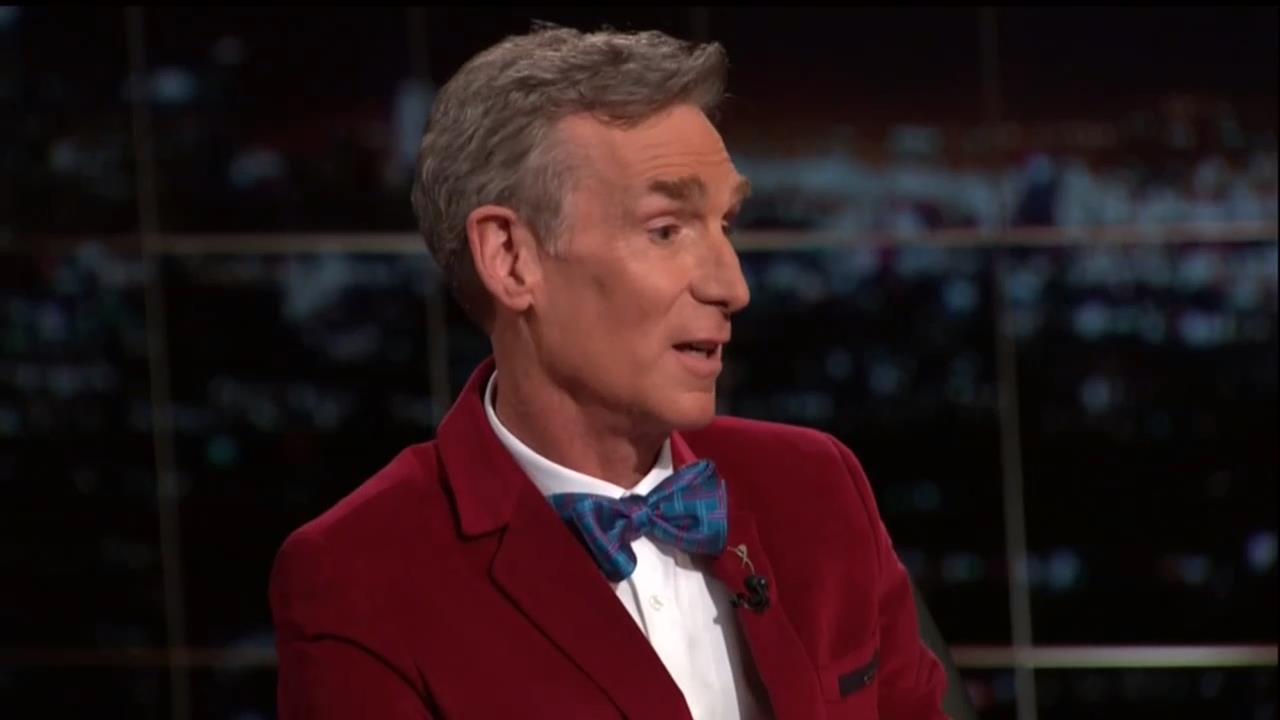 Not content to sound merely asinine, Nye decided to come across as deluded --

NYE: So, what do you do about it? I think you get to know your neighbors. And it's gonna take, what, does it take a century, something like that?

Got that? Bill Nye wants Jews in Europe to disarm jihadists by invoking the immortal words of Mr. Rogers -- would you be mine, could you be mine, won't you be my neighbor? And yes, approaching the problem this way could very well take a century, something like that -- at which point there will be no Jews left in Europe, through mass murder and emigration, and the Nazis will have belatedly gotten their way. All because Jews weren't more darned neighborly.

What discussion of creeping Islamization in Europe would be complete without at least one apologist weighing in on what she sees as the real problem, namely the "right wing" reaction. Accepting this role during Friday's Maher show was Washington Post reporter Elahe Izadi. "And in addition to having anti-Semitic tints to them," Izadi said, "they're also very anti-immigrant and have a lot of nasty rhetoric about Muslims as well."

Ever notice there never seems to be a "left wing" backlash against jihadists?