In 2006, Stan rewarded the Media Research Center and our audience, at the 2006 MRC Gala and DisHonors Awards, by accepting in jest, on behalf of Rosie O’Donnell, the “I’m Not a Political Genius But I Play One on TV Award.”

His acceptance remarks – far from politically correct – displayed his full genius and wit. He delivered 14 minutes of laugh-provoking zingers.

Video below, starting with his introduction by Mark Levin, at the MRC event held on Thursday night, March 30, before an audience of more than 900 inside the Independence Ballroom of the Grand Hyatt hotel in Washington, D.C:

>> Additional video of Evans, from a 1999 MRC event: “More Humor from Stan Evans, RIP, Including His ‘Evans’ Law of Inadequate Paranoia’” <<

Remembrances online from other conservatives who knew him:

From an appreciation by Lee Edwards on the DailySignal.com:

“The trouble with conservatives,” he once observed, “is that too many of them come to Washington thinking they are going to drain the swamp, only to discover that Washington is a hot tub.”

That unique conservative voice is now stilled. M. Stanton Evans, journalist, author, teacher, commentator and raconteur, has died. Throughout his distinguished career, Evans confronted the liberal orthodoxies of the day and readily dispatched them with scrupulous research, an elevated Augustan style and a wicked wit.

In the mid-seventies, he laid down his most famous axiom, sometimes referred to as Evans’ Law of Political Perfidy: “When ‘our people’ get to the point where they can do us some good, they stop being ‘our people.’”

From the start of a post by Daniel Flynn on Breitbart.com: 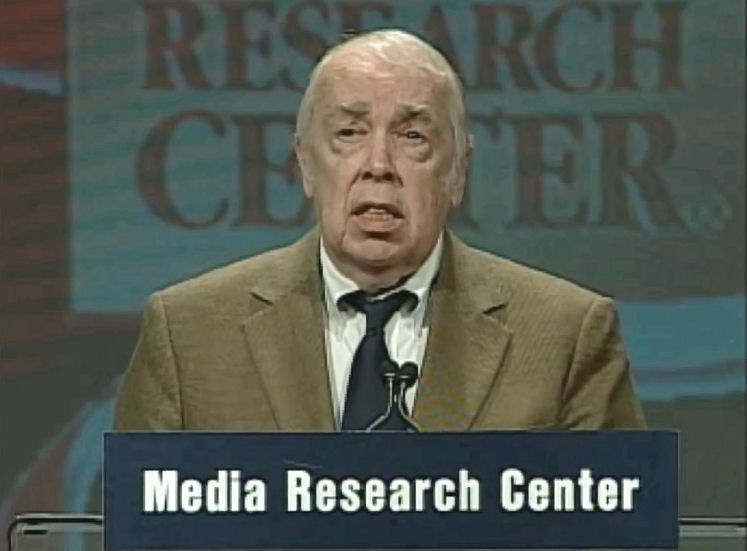 M. Stanton Evans, the author of the Sharon Statement elucidating the guiding principles of Young Americans for Freedom, has passed away at 80. He leaves behind 10 books and 10,000 jokes.

“When Stan’s own dad died, Stan said his father’s life was marked by ‘unfailing dedication to principle and unfailing kindness to people,’” recalled longtime employee and friend Mal Kine. “This I dare say fits Stan to a T.”

The author of nearly a dozen books, the longtime editor of the Indianapolis News, the reins of which he took in his twenties, and a leading figure in such organizations as the American Conservative Union, Young Americans for Freedom, and the National Journalism Center, Evans made a reputation as much for his big personality as his big achievements.

And a tribute from Steven Hayward on PowerLineBlog.com