The New York Times has used the term “unsubstantiated” with embarrassing regularity to talk about the charges of Biden family nepotism highlighted by President Trump. Virtually every Times story on the Biden allegations employs that adjective as a warning, signaling Republican partisanship. It’s quite the double standard. The sharp contrast was also demonstrated during the 2004 presidential campaign pitting incumbent George W. Bush against Democratic Sen. John Kerry, whose Vietnam war record came under assault by the Swift Boat Veterans for Truth. “Unsubstantiated” was also the paper’s favorite word to describe the allegations.

For some reason, CNN decided that it would air the latest installment of its comprehensive and informative miniseries on recent decades in America history with the 2000s despite the fact that many of the same actors, elected officials, journalists, and TV shows remained relevant into this decade.

New York Times Executive Editor Dean Baquet criticized the coverage of the 2016 presidential campaign by the Cable News Network and the Fox News Channel as being “in the long run, bad for democracy and those institutions” in an interview with the Financial Times published on Friday.

“This mix of entertainment and news, and news masquerading as entertainment, is kind of funny except that we now have a guy who is a product of that world nominated as Republican presidential candidate,” Baquet stated. 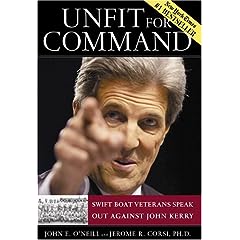 With less than a year to go until the November elections, it seems a metaphysical certitude any media outlet addressing the campaign efforts of a Republican candidate is going to figure out a way to reference the Swift Boat Veterans for Truth.

After all, supposedly impartial press representatives in 2004 did everything within their power to discredit the claims against Sen. John Kerry (D-Mass.) made by this organization, so much so that "Swift Boat" has become both a verb and an adverb in political parlance.

Such was the case Wednesday when the Los Angeles Times published an article about Republican Presidential candidate Rudy Giuliani. Even though the piece dealt with an organization opposing the former New York City mayor, it did so by grossly misrepresenting some pertinent facts about Kerry's detractors (emphasis added throughout, h/t Patterico and NBer Bingo):