Glenn Beck: 'Rick Sanchez Is The Dumbest Man Ever On Television' 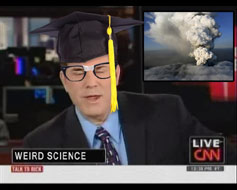 Glenn Beck on Thursday told his radio audience that CNN's Rick Sanchez is the dumbest man ever on television.

As NewsBusters has been chronicling the bumblings and stumblings of Sanchez for quite some time, we're certainly not going to take the other side of this debate.

Even if we tried, it would be difficult for the conservative talker highlighted many of this genius's missteps that we've also shared with our readers recently (video follows with transcript and clips of related miscues, h/t The Right Scoop): 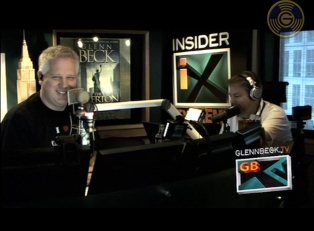 The guys at the Glenn Beck radio show had some fun at Al and Tipper Gore's expense Thursday creating a mock interview where the host questioned the separated couple about the former Vice President's antics with a masseuse in a Portland hotel room back in 2006.

The role of the Global Warmingist in Chief was marvelously played by Pat Gray with Stu Burguiere doing an adequate Tipper.

The interview began with Beck asking the Nobel Laureate what happened in the hotel Lucia that fateful evening.

Olbermann to Daily Kos Audience: 'Send Me Everything You Can Find About Glenn Beck'

Guess who's not pleased about Van Jones middle-of-the-night-on-a-holiday-weekend resignation? Perhaps you never would have seen this one coming, but no other MSNBC "Countdown" host and provocateur Keith Olbermann himself.

"I don't know why I've got this phrasing in my head, but: Find everything you can about Glenn Beck, Stu Burguiere, and Roger Ailes," Olbermann wrote. "No, even now, I refuse to go all caps. No, sending me links to the last two Countdowns with my own de-constructions of his biblical vision quality Communist/Fascist/Socialist/Zimbalist art at Rockefeller Center (where, curiously, he works, Comrade) doesn't count. Nor does sending me links to specious inappropriate point-underscoring prove-you're-innocent made-up rumors."